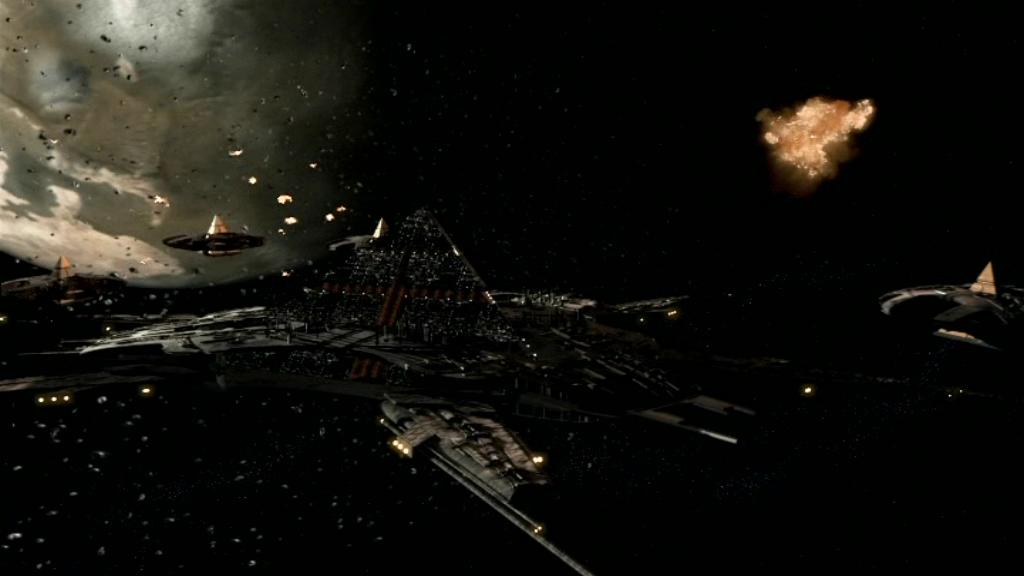 An advanced Goa'uld battleship, several times larger than a Ha'tak-class mothership. The ship is spidery in design, with many powerful armaments. It was presumably stolen from Sokar when Apophis assumed control of his massive fleet.

The ship's weapon systems are significantly more powerful than those of a standard Ha'tak-class mothership, and can penetrate a Ha'tak's shields even when they are at full strength.

The Serpent's Venom - Apophis, with the help of his new fleet of Ha'taks, uses his new mothership to destroy Heru'ur and absorb his army.
Exodus - Having discovered the location of the Tok'ra, Apophis orders his fleet to Vorash to wipe them out, but is caught off-guard by the destruction of the Vorash star. His ship is sent over 4 million light-years away.
Enemies - Taken over by hungry Replicators in another galaxy, Apophis sets his mothership on auto-destruct and escapes. The ship is destroyed.