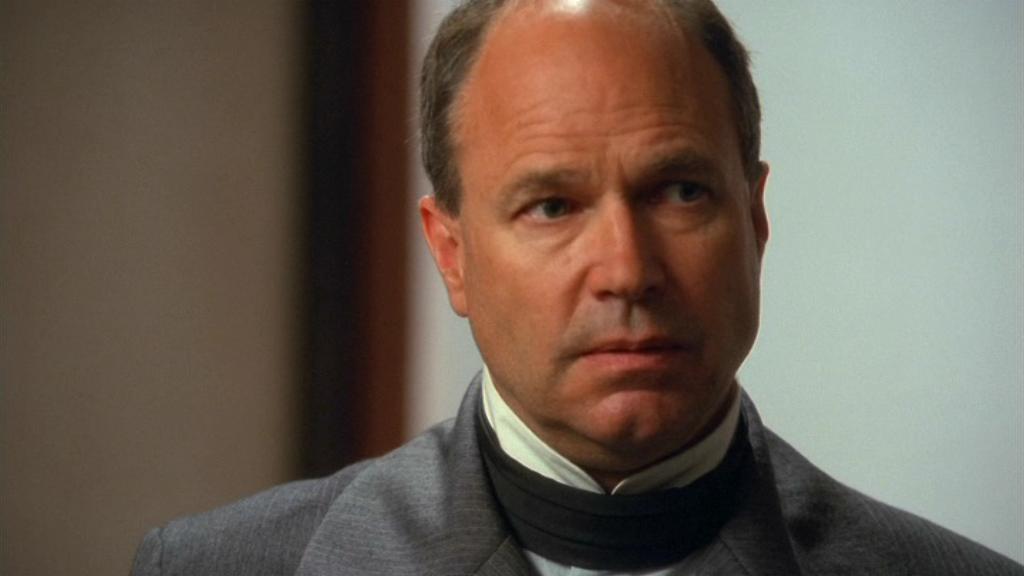 Leader of the inhabitants of planet Pangar. Dollen was one in the upper minority of people who were completely immune from disease, having the privilege of taking as much tretonin as his body required.

Dollen was eager to receive SG-1. When they became inquisitive regarding the tretonin project, he was more than reluctant to reveal the source of the substance, and was far-more interested in traveling to Goa'uld-occupied planets to gain more Goa'uld queens.

With Teal'c and Jonas Quinn investigating the source of the tretonin, Dollen was forced to reveal the symbiote queen he had in Pangar's possession: Egeria. With the truth known, Tok'ra were dispatched to come to Egeria's aid. They soon learned the full truth: the Pangarans who took the drug were dependent on it, and without the continuing supply they would die.

Thanks to the sympathy of Egeria, her last act prior to her death was to cure Dollen and the rest of the tretonin-dependant Pangarans from the drug's hold on them, and became forever indebted to the Tok'ra.

Cure - Dollen, eager to introduce himself to visitors from another planet, is dismayed to discover that they are extremely interested to uncover the source of his people's miracle drug.