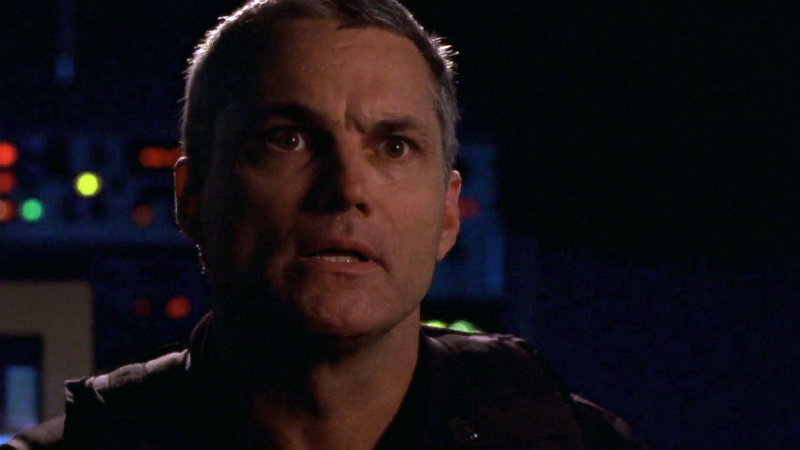 Colonel and former associate of Jack O'Neill. O'Neill and Cromwell served together in a mission which ended with Jack getting shot by Iraqi forces. Cromwell made a judgment call that saved the rest of the team, believing O'Neill was dead, and left him behind. Consequently, Jack spent four months in an Iraqi prison.

Cromwell was sent to command a unit to the S.G.C., believing the base to be under the attack of aliens because of a loss of contact with the surface (a time dilation due to the Stargate being connected to a gate near a black hole). Jack was not pleased to see Cromwell, and was even less so when Frank volunteered to remain behind and set the base's auto-destruct countdown alongside the Colonel. It was clear O'Neill was not going to forgive his former friend, and even declared it wouldn't happen. What seemed like days on the surface passed in about fifteen minutes for the two on Level 28, giving Samantha Carter enough time to come up with another plan - a shaped explosive discharge.

After the custom-built explosive arrived -- roughly five minutes later, relatively speaking, Cromwell and O'Neill fastened themselves to safety cables and traveled with the bomb down the gravity well of the iris-covered Stargate. After placing the device over the gate, the iris failed and was sucked into the vortex. During the ascent, Cromwell's cable snapped. Jack was unable to keep ahold of him and unwillingly let go, sending Cromwell into the abyss of the black hole on the other side.

PLAYED BY - Marshall Teague
FIRST APPEARED - A Matter of Time

A Matter of Time - Colonel Cromwell arrives at the S.G.C. to assess a possible foothold situation, only to discover the base's Stargate has succumbed to the power of a black hole.