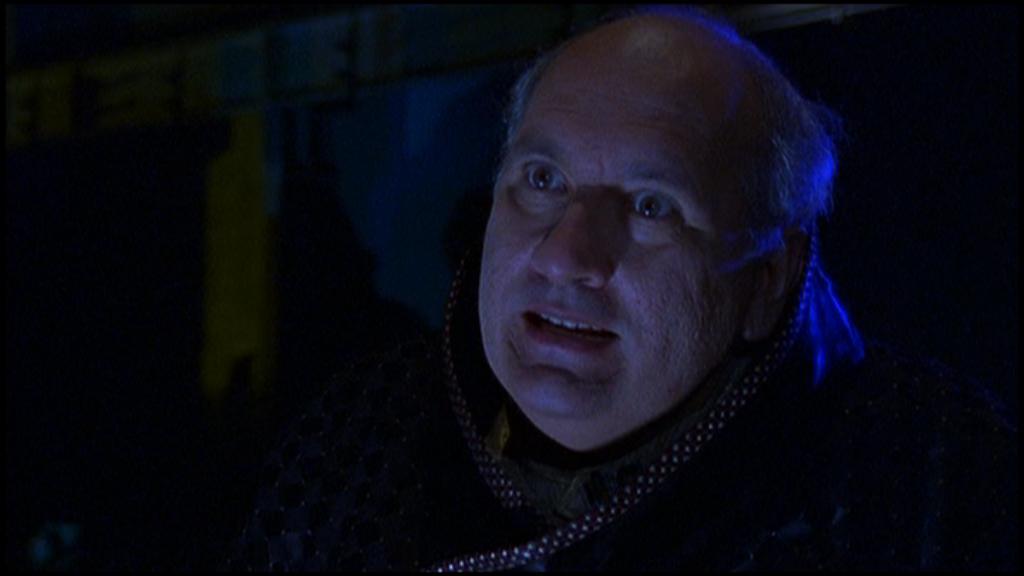 The last survivor of Altair. Harlan maintained the factories beneath the surface, the only remaining plant maintaining him in his android form. Long ago he, and many other Altairans like him, threw aside the flesh and inhabited mechanical bodies, allowing them to live indefinitely as long as they remained within a projected field of energy. Beyond that field, he and his race relied on limited battery cells.

Harlan had several comrades, including Sacara, Bareeth, Tira, Wallas, and Hubbald (who created the environment beneath and died early on). Wallas, Harlan says, was the last to go.

When SG-1 arrived, Harlan rendered the team unconscious and, unbeknownst to the unit, created mechanical duplicates of the four who, when they discovered their true purpose, freely aided him in maintaining the jerry-rigged plant. But, like their original selves, they eventually became overwhelmed with curiosity for Stargate exploration and, against Harlan's cries for reconsideration, began traveling throughout the galaxy, having created portable power packs that allowed them to leave their power supply.

Harlan gated to Earth to submit a plea to the real SG-1, but encountered opposition when General George Hammond confronted him with the fact that he had once secretly created the replicas without anyone's authorization. Harlan eventually returned to Altair without his four companions, who had all been fatally injured on planet Juna. It is unknown whether or not he recreated them, but if Harlan is anything, he is resourceful.

His favourite Altairan word is "Comtraya", which Jack O'Neill found rather annoying after a time.

Tin Man - Harlan captures SG-1 and builds replicas of the team to aid him in maintaining his underground plant.
Double Jeopardy - Distressed and out of options, Harlan travels to Earth to plea with Hammond to help him rescue the replicas.