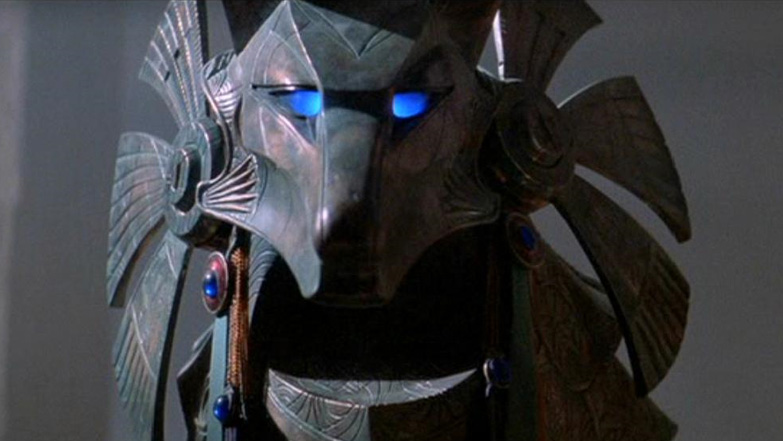 First Prime to Ra, the Goa'uld Supreme System Lord. Anubis was charged with the most important tasks, including sending Jack O'Neill's explosive device (enriched with naquadah) back to Earth. But he was intercepted by the Colonel, who killed him using transport rings to separate his head from his body.

As a Horus guard Anubis wore advanced armor with the head of a jackal. He may have been named for the former System Lord Anubis, whose notoriety achieved a legendary status some 1,000 years after he disappeared from the Milky Way Galaxy.

"Stargate" the Movie - Anubis leads Ra's forces of Horus guards to discipline the Abydonian people and halt the threat from Earth, but with little success.