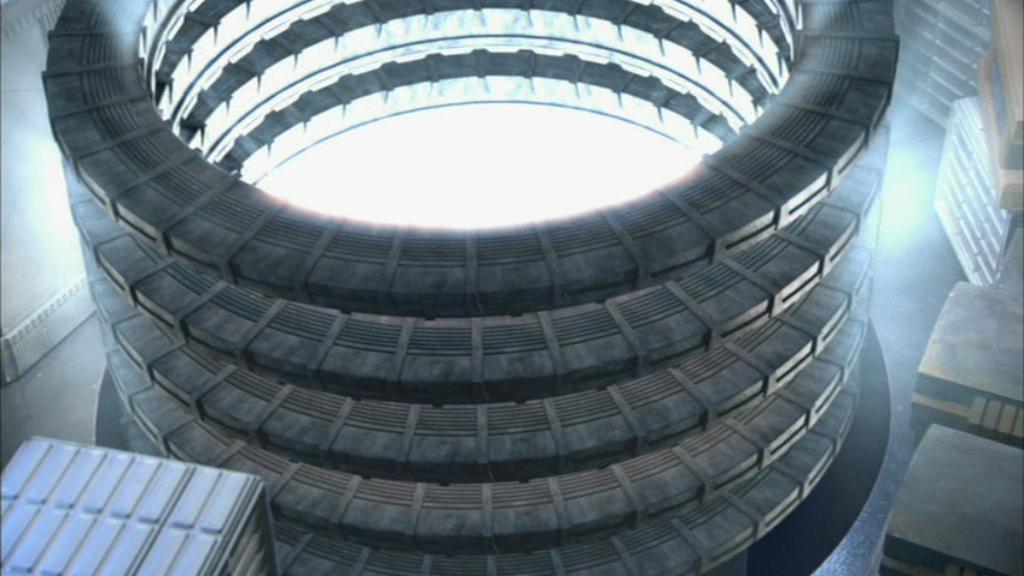 Circular rings about half the size of the Stargate, which function on the same principles. When in position the rings transmit all matter within their circular formation to another pair of rings at a different location, utilizing a conduit of bright energy. If there is a person or object on the receiving end, the rings can exchange the two simultaneously.

It is possible to intercept this energy field by moving a mobile set of transport rings (on board a ship) into the correct position along the matter stream. Ships equipped with rings are capable of detecting the location of receiving rings on a planet's surface, or on board another ship.

Rings are activated by a transport rings remote, or by a stationary control panel built into a ship or facility. Rings generally require a sending and receiving ring platform to operate, though a ship's rings can be used to send and retrieve matter located immediately below it, within the range of the physical ring mechanism. The platforms have been placed by the Goa'uld on most ships, as well as in structures and buried on the surfaces of planets.

"Stargate" the Movie - O'Neill uses the transport rings to crush and kill Ra's First Prime.
The Devil You Know - Teal'c flies a cargo ship into the path of a ring transport matter stream, intercepting the rest of the team as they escape from Ne'tu.
The Tomb - SG-1 uncovers their only means of escape from an alien ziggurat: a hidden set of transport rings.
The Other Guys - A team of scientists from Earth study the transport ring platforms on an alien world, learning that the system has precise standardization.
Lost City, Part 2 - O'Neill modifies the transport rings aboard Ronan's Tel'tak so that the energy can burrow through the ice of Antarctica, giving the team access to the Ancient outpost of Atlantus.
Avalon, Part 2 - Daniel and Vala are taken to see the Ori Doci, transported to the city of Celestis by means of the Ori's own version of a rings platform.