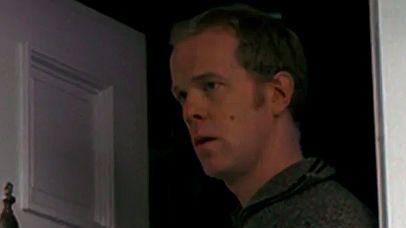 Son of Jacob Carter and brother to Samantha Carter, Mark was estranged from his family after the tragic death of his mother. Samantha was also strongly affected by the accident, but she was able to forgive her father, whereas Mark did not find that as easy.

Mark married and moved to San Diego, eventually raising two children, who Sam met shortly after they were born. But the two did not speak for years, and Sam presumed that he saw her in much the same light as their father. Some time around 1999, Jacob and Sam came to visit him and make amends (the stubborn Jacob having been prompted to do so by Selmak, his new Tok'ra symbiote). They were welcomed back into Mark's life, who was finally prepared to start over again.

Later Mark introduced his sister to his friend Pete Shanahan.

Seth - Jacob and Sam make huge leaps to reconnect with Mark, and travel to San Diego to visit his family.
Fragile Balance - Jacob asks how Mark and his children are doing, emphasizing that they have not broken off contact since reconciling.
Chimera - Mark hooks up his friend Peter Shanahan with his sister Samantha while Pete visits Colorado Springs on a case, and the two begin a relationship.