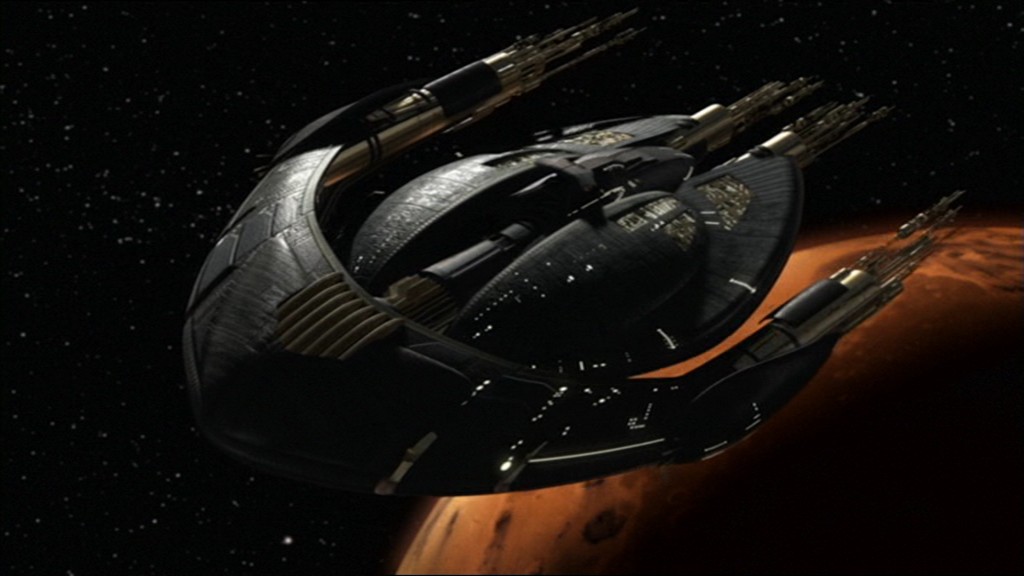 Advanced space-fairing vessel originating from Martin Lloyd's homeworld. Martin and the other members of his team were sent out with the ship to look for allies to help their race when their planet was attacked by the Goa'uld. Upon reaching Earth they abandoned the ship and their people, arriving on Earth in an escape pod while the mothership awaited in stand-by nears Mars orbit.

After several years of waiting its pre-programming activated, instructing the ship to journey to Earth and retrieve its people. The ship is equipped with matter transporter technology.

Point of No Return - Martin Lloyd shows Teal'c and O'Neill to his buried escape pod, and alludes to a mothership from which they launched it.
Wormhole X-Treme! - The escape ship leaves Mars orbit and enters the atmosphere of Earth to pick up her passengers, only to be caught on film by a crew filming a new television series.