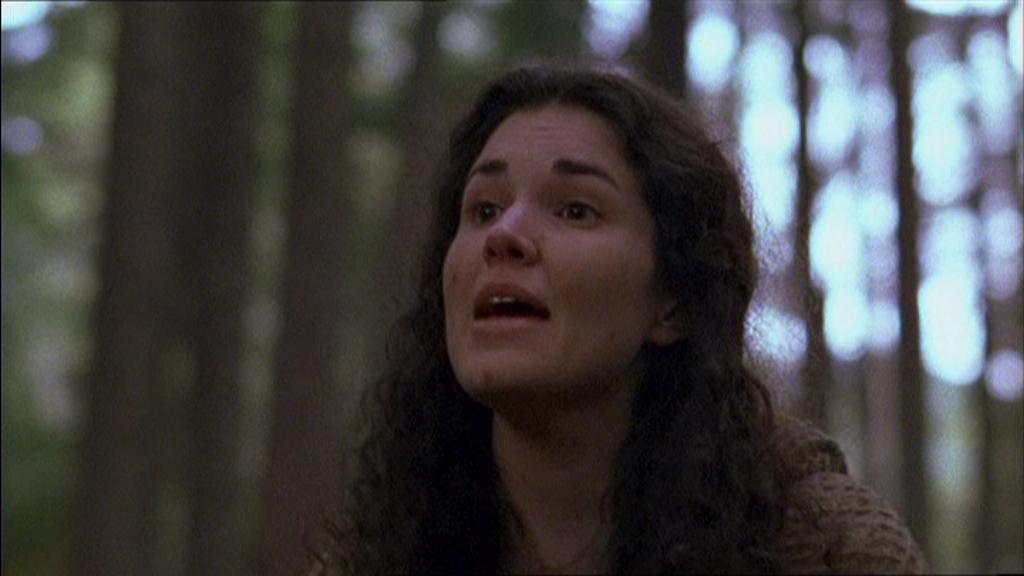 Sister of Simon and member of a medieval Christian settlement. Mary had been afflicted with a sickness that spawned a great fever within her, making the people believe she had been cursed -- and was a prime candidate to be taken into the hands of the devil's agent. SG-1 found her chained to a stake in the center of the village, and freed her. They administered medication to begin the healing process.

Mary could not avoid the stigma of her people, who determined a hole should be driven into her head by an iron stake to release the demonic presences within (otherwise known as the ancient Trepanning ritual). Before Simon could commence the ceremony, he was stopped by SG-1.

The people of the village planned to sacrifice Mary, strapping her, once more, to the stake along with the rest of SG-1 in the center of the village. Shortly after, a demon (Unas) arrived to take them through the circle of darkness into the hands of the devil (Sokar). En route, Mary followed SG-1's lead and tumbled down a hill to escape. It was not long before the creature was defeated, mainly by Simon using Teal'c's staff weapon, and Mary was returned to her brother to wish the visitors a farewell.

Demons - Mary is stricken with a terrible illness leading others to believe she is cursed, and is destined to be driven into the hands of the devil.