For other uses of this name, see Simon (disambiguation) 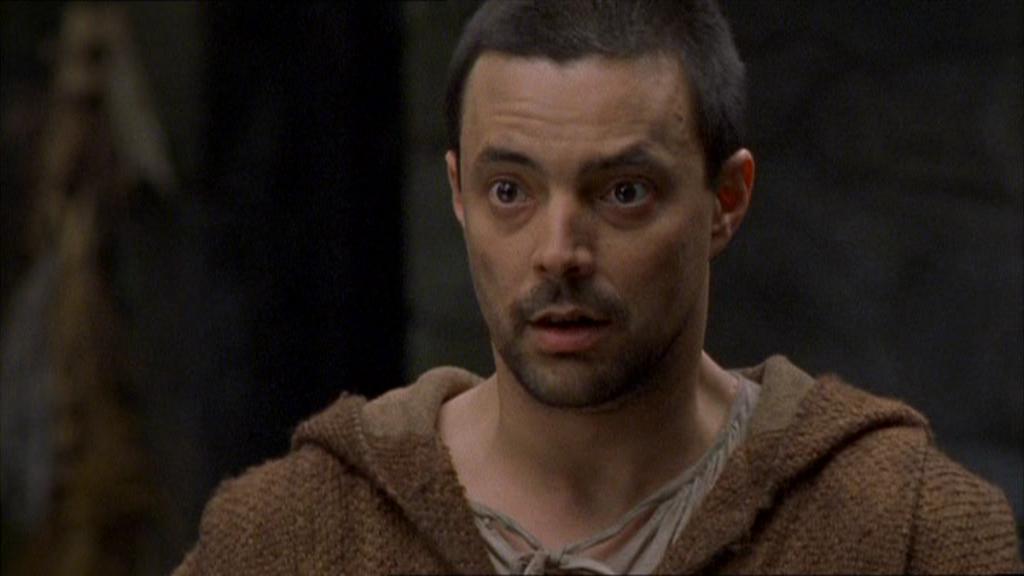 Brother to Mary and member of a medieval Christian colony. Simon at first believed SG-1 to be evil spirits who had come to take Mary away to the devil, since she had recently become stricken with an illness. He eventually befriended SG-1 and welcomed them into his home. His association with them made him a stigma among his people, particularly the village Canon.

Simon felt the only option for Mary was to perform the trepanning ritual, casting out any and all demonic forces to cleanse her soul. He was stopped by SG-1 who administered Earth medication to reduce the swelling of her fever.

After a Goa'uld-hosting Unas arrived to take away SG-1 and Mary, Simon caught up with the group and located Teal'c's discarded staff weapon, hitting the creature with several blasts before it knocked him across the forest floor. However, Simon was not dead, and survived to return to the side of his sister. The symbiote transferred from the dying Unas into the Canon, who is subsequently killed. Simon agreed with the suggestion that the gate be buried and had now become a potential leader among his people.

Demons - Simon aids SG-1 in expelling a demonic Unas from the Medieval inhabitants of his world.