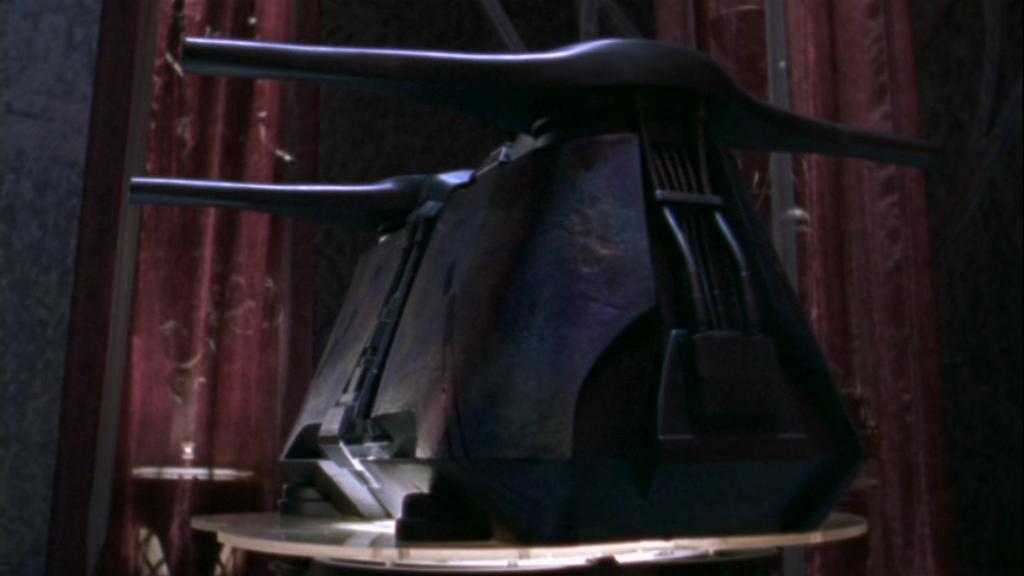 Weapon devised by Ma'chello in which two individuals touching the device become trapped in the other individual's body. The process is irreversible. Only after another pair has been transferred is there a loop hole in which the device can allow groupings of individuals to be reintegrated into themselves.

Ma'chello designed the mind transfer device in the hopes of using it against Goa'uld infiltrators, depositing them in opposite bodies to mount their frustration and preoccupation into eventually defeating their original purpose. It is also possible he designed it for the very purpose which he eventually used it for -- switching into another body to evade capture by the Goa'uld.

Holiday - Seeing his escape into a new body, Ma'chello uses the mind transfer device on himself and Daniel Jackson, assuming his persona until he is discovered.