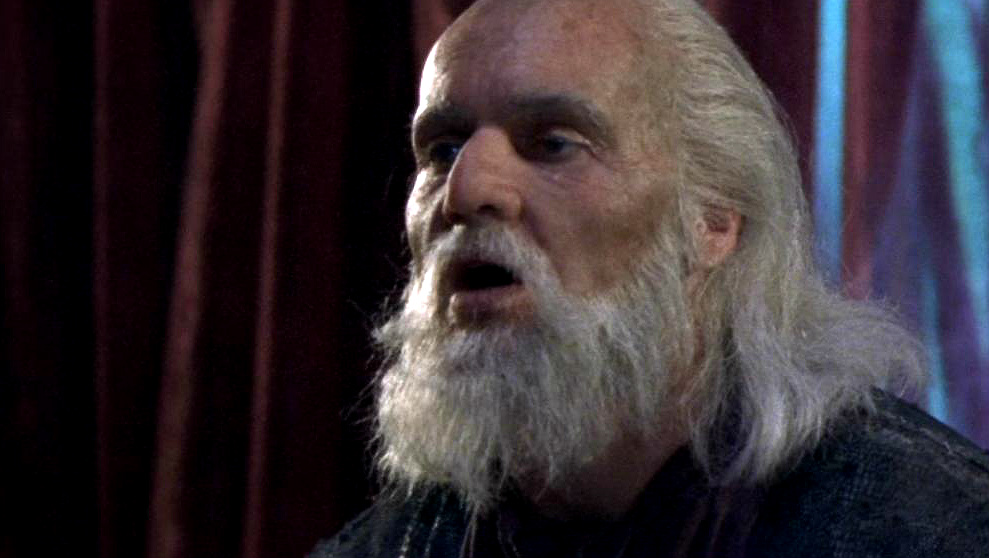 Well over 100 years old, the scientist and inventor Ma'chello spent most of his life conducting his own personal war against the Goa'uld. He developed numerous forms of technology to infiltrate and kill the Goa'uld ranks, and constructed his own unique language to encode his research. Long ago he was declared a prime target by the System Lords. Teal'c himself was sent on a mission to find and capture him, but did not succeed. But when the Goa'uld located his world, two billion of Ma'chello's people died rather than turn him over to them. His entire race was annihilated.

Secretly, Ma'chello's wife was turned into a Goa'uld host. She then betrayed him and turned him over to the System Lords. Eager to extract the technological knowledge within him, the Goa'uld immediately began torturing him, then scheduled his implantation. However, before the procedure, he managed to kill several Jaffa and escape. His struggle became only more desperate, and he continued to fight against the Goa'uld, despite the loss of everyone he had ever known.

Ma'chello himself believed that he was indirectly responsible for saving billions of lives throughout the galaxy (including Earth) with his very successful tactics. Eventually, as old age fell upon him, Ma'chello created a device to sustain his body through a form of suspended animation. Also among the devices he constructed was a mind transfer device, capable of grafting the neurons of an individual onto another's cerebrum (and vice versa). Hoping to hide his face permanently, he tricked Daniel Jackson into switching bodies with him when SG-1 found his laboratory and woke him from his long sleep.

Pretending to be Jackson until out of Cheyenne Mountain, Ma'chello took a tour of the nearby city of Colorado Springs and its restaurants, making friends with a homeless man named Fred. He was eventually apprehended, and Daniel confronted him over his decision to steal his body -- making Ma'chello himself no better than a Goa'uld.

Ma'chello relented and was returned to his body, dying of pulmonary failure in the S.G.C. infirmary -- but not before thanking Jackson for his holiday.

Holiday - Ma'chello encounters SG-1 and realizes a new body has been brought into his home, one he can hide within permanently. After switching bodies with Jackson, Ma'chello escapes into Colorado Springs. He is eventually caught, and returns to his own body before dying.
Legacy - Daniel is infected by a Goa'uld-killer created by Ma'chello, which threatens the rest of SG-1 as well.