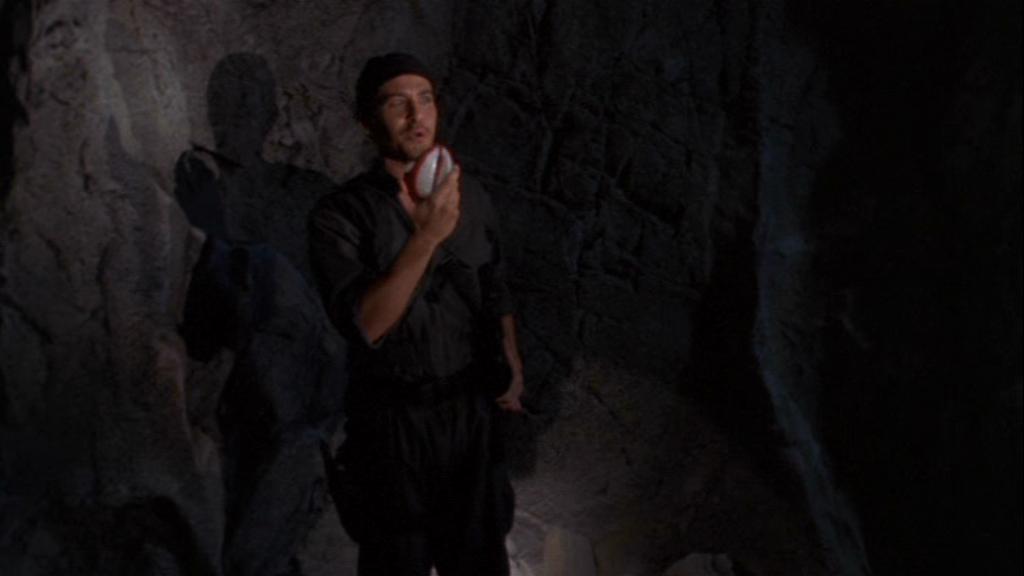 World inhabited by a race called the Tiernods, which is among those planets protected by the Asgard through the Protected Planets Treaty. The Asgard have also given the primitive inhabitants an invisibility device in order to help them evade predators. The Tiernods presumably run to the cave where the device is hidden and use it to disappear.

Jack O'Neill visited this planet with a rogue N.I.D. team under his command during his time undercover with the organization's black-ops operations off-world. They stole the invisibility device -- though it was presumably returned soon thereafter when the rogue operation was apprehended.

Shades of Grey - O'Neill and his Rogue N.I.D. group travel to PX3-595 to steal Asgard technology for Colonel Maybourne.