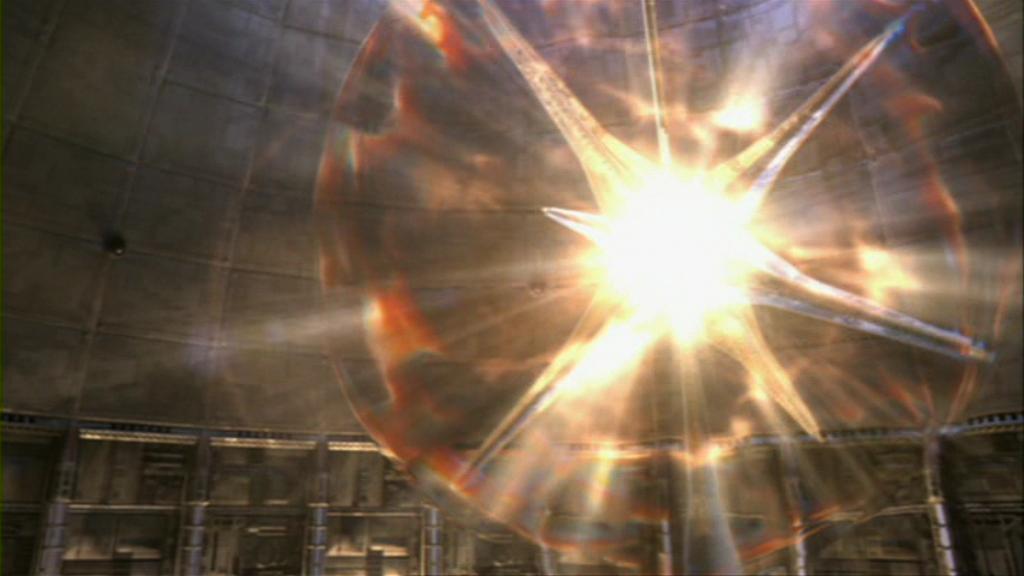 An Ancient experiment established in the hopes of creating a power source which could possess a sustainable magnitude of 25 Zero Point Modules. Based on the Dorandan homeworld, the project was designed to siphon vacuum energy from our space time (instead of a micro-universe for a Z.P.M.), and then use that power to energize a weapon.

Unfortunately Arcturus was unsuccessful. Channeling vacuum energy from this universe is highly unpredictable. Eventually the laws of physics cease to apply. As power output escalates, new and exotic particles are continuously created and destroyed inside Arcturus's containment chamber, interacting with each other and the field itself. Eventually particles are created that cannot be prevented in this space-time, and they breach the containment field as hard radiation.

This radiation spike prevents Arcturus from being deactivated by conventional means. Either an overload eventually occurs, destroying approximately five sixths of the Dorandan system, or the system is deactivated by an unconventional "pull-the-plug" method, killing everyone within the vicinity of the device.

Ten thousand years ago the Ancients failed to deactivate the weapon, killing themselves and perhaps a portion of the Dorandan people. Rodney McKay believed the problem was in their equations, specifically the automatic containment protocols, though modulating containment manually has no effect when his team tried to restart the experiment themselves -- eventually destroying the Dorandan system.

The reaction chamber houses the Arcturus device itself, a device shaped like a star which generates the vacuum-energy-siphoning field. This field around the device is inherently unstable, and when it spikes it spreads outward into the Command-Access tube.

Housed at the very top of the base is the launching turret, capable of swiveling 360 degrees. Since there is no connection between the power generator and the primary capacitor the weapon can fire a continuous series of shots without pausing to re-energize itself for another round.

Trinity - Sheppard's Puddle Jumper touches down on the Ancient outpost, and very soon Dr. Rodney McKay learns about Project Arcturus in their database -- and what they had hoped to use it for.