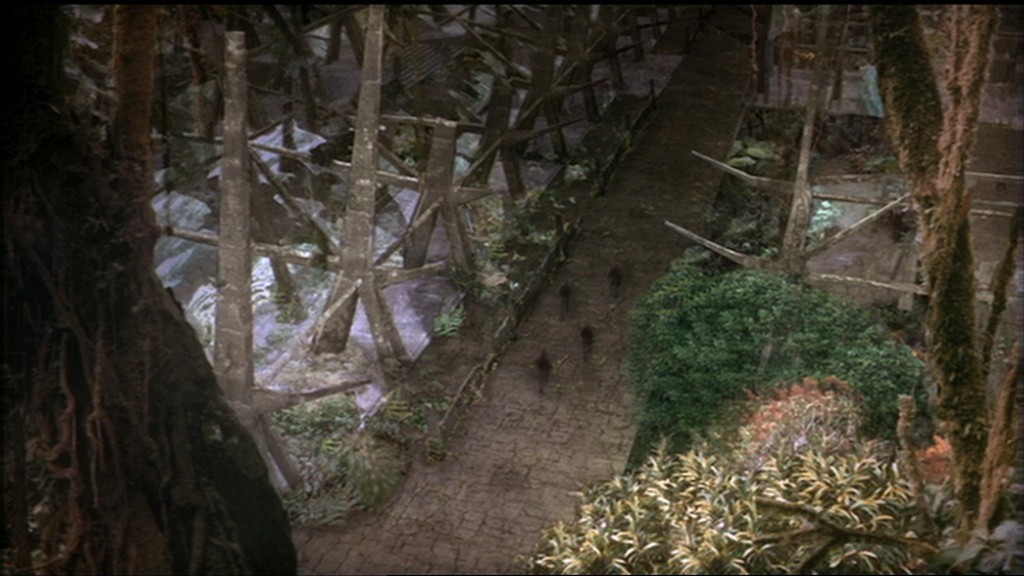 Planet once inhabited by an advanced civilization, fully capable of creating intelligent, self-aware androids. One such scientist conceived of the android Reese, who later would call him her father.

Reese developed toys (Replicators) to ease her boredom, but the people were afraid of the devices and eventually revolted against her. She ordered her toys to protect her, and they replicated until they reached critical mass, sufficient to destroy the population -- and her father.

Once Reese lost control she went into a deep depression and shut herself down within a vault of rock, as the Replicators left the destroyed world en masse.

The Atlantis expedition's later discovery that Replicators in fact originated in the Pegasus Galaxy suggests that Reese's "father" may have been a Lantean, resettled here after the evacuation of Atlantis ten millennia ago. The planet itself may have been home to a Lantean colony.

Menace - SG-1 determines Reese's homeworld was originally home to an advanced civilization who met their demise succumbing to a horde of the initial Replicator generation.