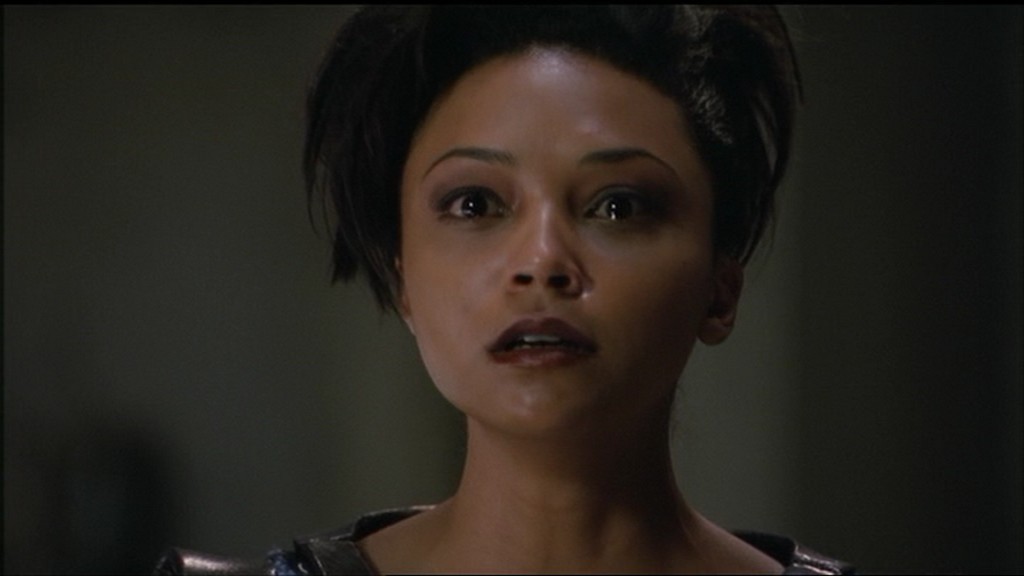 An android crafted into a human appearance by her creator, whom she regarded as her "father." Reese was developed for unknown purposes on her homeworld, a place of technological advances superior to that of Earth. It would eventually be determined that she was likely the original source of the insect-form Replicators (at least outside of the Pegasus Galaxy).

The civilization on the world became afraid of Reese when she developed mechanical toys to counteract her boredom (though their fear of her perhaps extends before this event), and eventually tried to destroy her. She programmed her toys to make more of themselves and defend her and one another.

Eventually, the toys destroyed her father and the rest of the civilization, then left, to be known throughout the galaxy as the dreaded Replicators. In sadness, loneliness and self-loathing, Reese placed herself within a secure vault and went into stasis.

Some time later she was recovered by SG-1 who returned her to Earth and recharged her energy cell. Reese awoke, and unsure of her situation, chose to lie about what happened on her planet, claiming ignorance. After several sessions of questioning in a cell by Daniel Jackson, she longed to discover the outside world beyond pictures on her walls. Enraged, she shoved Daniel into a bookshelf.

Regretting what she had done to him he returned to a Reese that was overwhelmingly welcome, and had made him a gift: one of her toys. The Replicator was quickly isolated in a container believed to be resistant to its venomous spray. As Reese became angry with her latest interrogation, the Replicator acted accordingly and destroyed the glass, only to be blown apart by Teal'c -- and Reese, too, felt its destruction.

Now, more than ever, Reese considered herself to be a prisoner of the S.G.C. She constructed more of the mechanical monsters and ordered them to protect her, disabling several of the base's officers until she was freed. She and her forces overwhelmed the gate room and demanded the immediate activation of the Stargate.

At first, Jackson failed to sway her with the fact that he knew what was best for her, but eventually convinced her that returning to "sleep" was the best possible alternative, and that he himself would revive her. She only need to stop the slaughter by her toys. At that moment Jack O'Neill gained access to the Gate Room and disabled her with his weapon. Before she permanently shut down, Reese, using her link to them, ordered the Replicators to stop their attack.

Reese's remains were given to the Asgard, who studied her and were able to devise a trap for the Replicators. Reese held one remaining base command within her programming: to come forth, drawing all Replicators plaguing the Asgard's galaxy to a single planet.

Menace - Reese is revived on Earth and interrogated for information on what occurred to her planet, later constructing Replicators to free her and, if necessary, destroy the S.G.C.
Revelations - Freyr arrives on Earth and reports that Reese's remains have been proving invaluable to aiding in their fight against the Replicators, announcing that they may have finally gained the upper-hand.
Unnatural Selection - Thor tells SG-1 of Reese's embedded command and how her broken body aided the Asgard in developing the perfect trap.