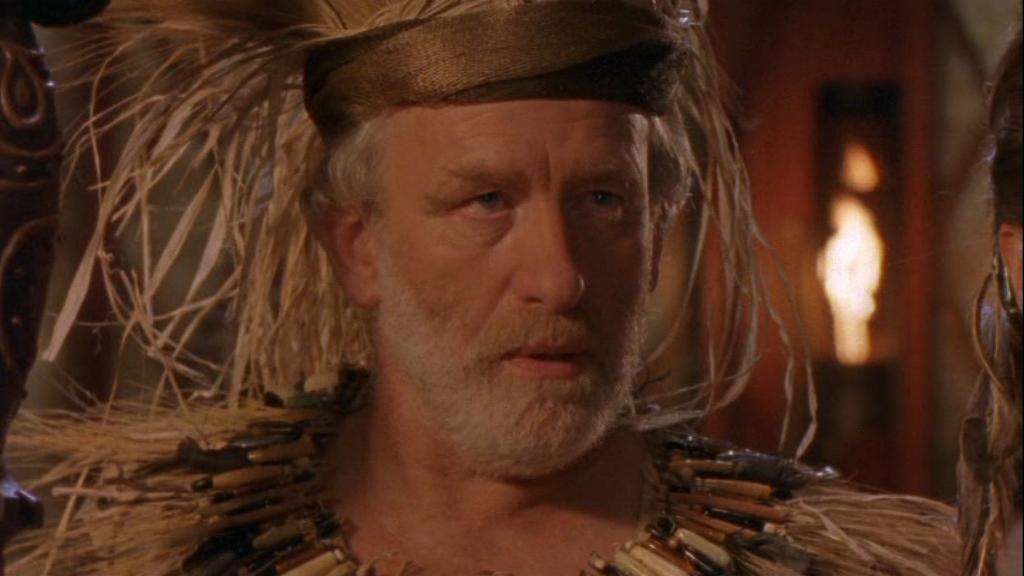 Tribal leader of the Madronans, and Uncle of Princess La Moor. Roham was blind but was still a powerful leader at the time of SG-1's visit to Madrona. He was among the tribesman who entertained the arrival of a team of Humans dressed much like SG-1 with similar weaponry. This team was one of Maybourne's rogue units who snatched the Touchstone, the weather-controlling device on Madrona.

Roham confronted SG-1 when they arrived, demanding its return. SG-1 claimed innocence, and after much persuasion, were allowed to return to Earth and solve the disappearance. Eventually they were successful with retrieving the stolen property from the Rogue N.I.D. arm and returned the Touchstone into Roham's capable hands, so that he could use the device to reset the atmosphere of the planet into a blissful paradise.

Touchstone - Roham pleads with SG-1 for the safe return of their weather-controlling Touchstone.