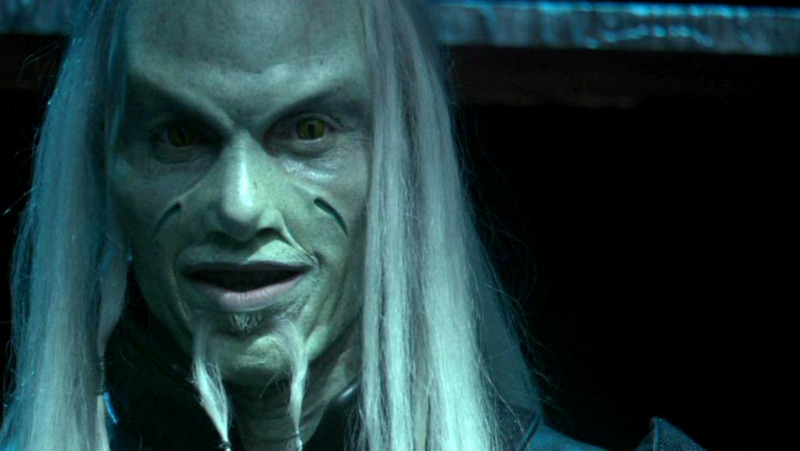 The name given to a Wraith commander captured by John Sheppard's team and imprisoned in the city of Atlantis for a period of time. Steve offered little information to the expedition team, and suffered in hunger because the humans were unwilling to fulfill his dietary requirements: the consumption of a sentient being.

When the expedition made contact with the Hoffan people a purpose for Steve was realized. In order to test an experimental antidote that could be injected into the systems of the people (killing the Wraith when it attempted to feed), Steve's help was enlisted for the trial. He did not realize that the subject, Merell, was tainted by the drug, and when he tried to feed on the man he soon keeled over to his death.

Suspicion - Sheppard's unit successfully captures a Wraith commander and places him in a prison cell on Atlantis.
Poisoning the Well - Recently named Steve, the male Wraith is enlisted to help in an experiment that may well undermine his species' ability to thrive on living organisms.