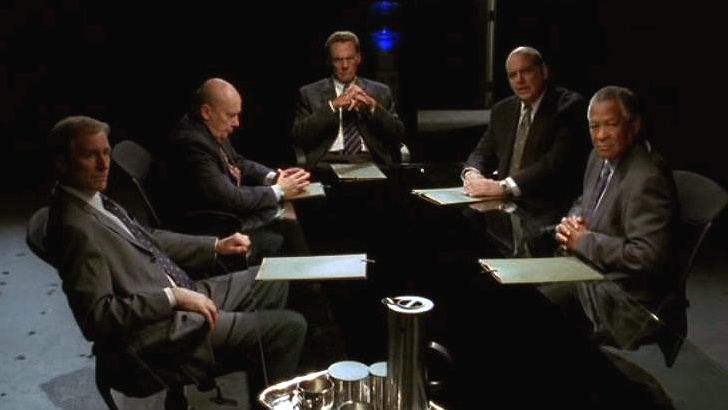 Rogue arm in the N.I.D., believed to be responsible for many of the backward agencies' actions over several years.

The Committee convened deep within a secret location where they discussed their plans of assembling an unstoppable power base. They were responsible for blackmailing George Hammond into abandoning his post at the S.G.C. for the safety of his family, and very nearly attempted the feat again after Senator Kinsey was compromised from their plans. Kinsey was blackmailed by Agent Malcolm Barrett to reveal the Committee.

Remnants of the Committee and other elements of the rogue N.I.D. would eventually combine and later be called the Trust.

Smoke and Mirrors - Kinsey gives the location of the Committee to reliable N.I.D. intelligence operatives who blow their cover.