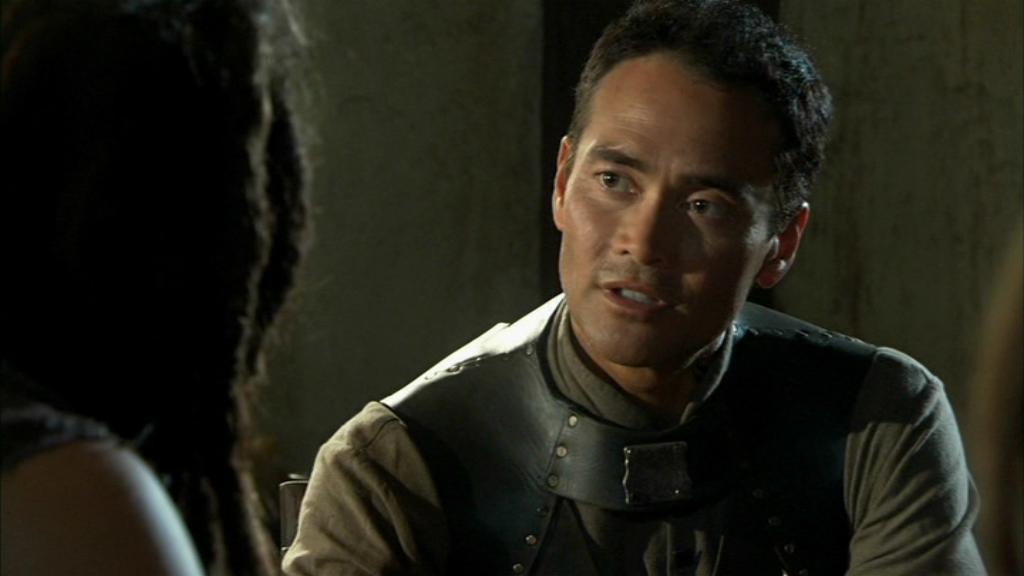 A warrior from the planet Sateda, who was captured by the Wraith when they destroyed the planet. For years Tyre served alongside Ronon Dex in the Satedan military, and the two became fast friends along with Ara, Rakai, and Hemi.

Years later Tyre, Ara, and Rakai met up with Ronon, who had joined John Sheppard's team and moved to Atlantis. He claimed that his team had escaped the Wraith when Sateda was destroyed, and convinced Ronon to leave Atlantis and rejoin them as they struggled against the Wraith in measured strikes. Ronon was convinced.

But Tyre and the others led the team into a Wraith trap, and admitted to being Wraith worshipers. The Wraith had captured them after all, torturing them by continually draining and restoring their life energy. Pushed the brink of insanity, Tyre, Rakai, and Ara agreed to serve the Wraith, and became convinced that the Wraith are givers of life.

Ronon was incensed when he learned of their betrayal, and engaged the three in hand-to-hand combat. Tyre maintained the integrity of Satedan combat traditions (unlike Rakai), but all three were defeated by Ronon. Only Tyre survived the fight, and was allowed to escape.

Reunion - Tyre is reunited with Ronon, and convinces him to join them -- only to betray the Atlantis team to the Wraith. When Ronon discovers Tyre is a Wraith worshiper, he nearly kills him in hand-to-hand combat.