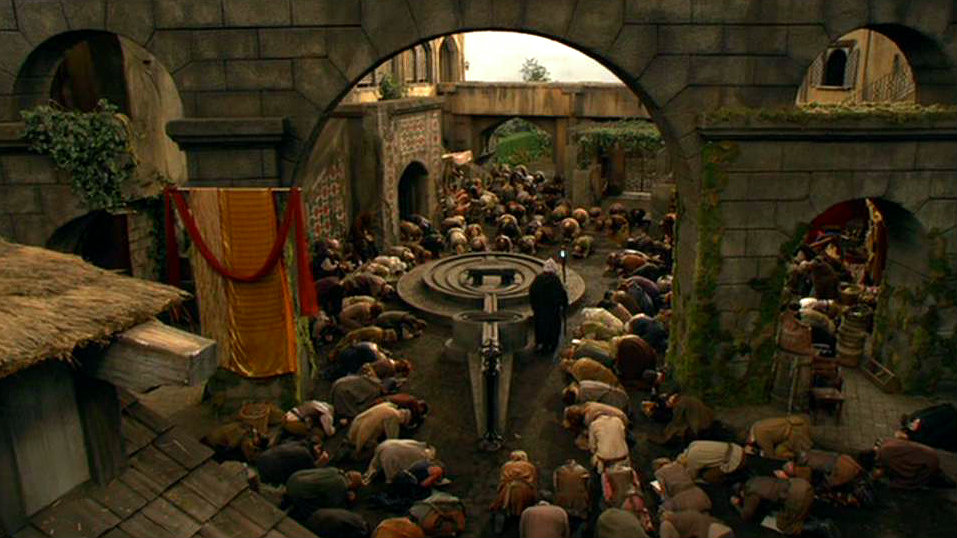 One of many towns in the Ori galaxy, home to the Ver Iscans, who worship the Ori in Prostration and perform the will of their gods. An Ara sits in the center of the village.

After translating back through a black hole into the Ori galaxy, Vala Mal Doran found herself in this particular village. It is here where she lived for several months, while the villagers constructed a multitude of Ori warships (up to ten) with which to conquer the nonbelievers of the Milky Way Galaxy.

Ver Isca may be on Celestis, the planet also home to the village of Ver Eger.

Crusade - Vala finds herself in the village of Ver Isca, where Ori followers plan to build vast star craft to fight their enemies, and the anti-Ori underground lies in wait.