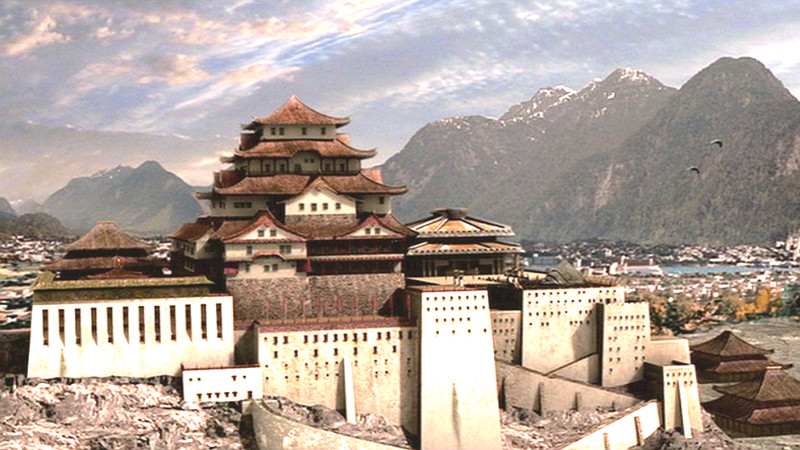 Heavily defended with battalions of Jaffa and squadrons of patrolling death gliders, the homeworld of the once formidable Goa'uld System Lord Yu the Great is an architectural echo of ancient China. Mountains scrape the nearby horizon of the capital structure where Yu long-resided in luxury, with servants tending to his wishes for tea and other comforts.

Since Yu's death the status of this world is unknown.

Summit - Summit - Dr. Jackson and Jacob/Selmak infiltrate Yu's capital city where the two capture the System Lord's most trusted lo'taur in order to replace him.
The Warrior - Teal'c leads a group of Rebel Jaffa under the command of Kytano to strike at the heart of Lord Yu's regime -- to Yu's homeworld. Everyone dies under Teal'c, except for the shol'vah who is sent back by Yu to inform Kytano of his treachery.