Difference between revisions of "Shak'l" 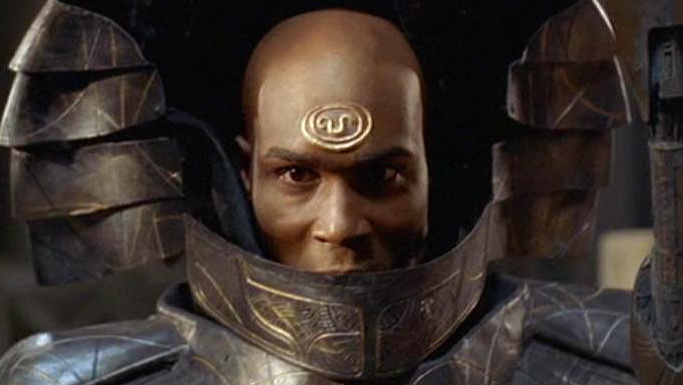 Jaffa trainee under the command of Teal'c when he was still First Prime to Apophis. Shak'l believed Teal'c's death would ensure his first place as Apophis's new First Prime.

He guarded Apophis when Teal'c and the rest of SG-1 ambushed the group on the Nox homeworld, and later awoke, bound with rope, in a Nox hut. But this compromising position did not discourage his spirit. His ears were closed to Teal'c's words.

The soldier escaped to Apophis's side and later left the planet once the Nox sent SG-1 on their way. A few months later, Shak'l encountered Teal'c on Cartego and planned to kill him and assure his new place in Apophis's guard, but Teal'c knifed him in the symbiote pouch before he could do so.

The Nox - Shak'l is hit by fire from SG-1 and taken to a Nox hut to be restored to health.
Cor-ai - Shak'l finds Teal'c among the Byrsa on Cartego, but is killed before he can destroy Apophis's traitor.