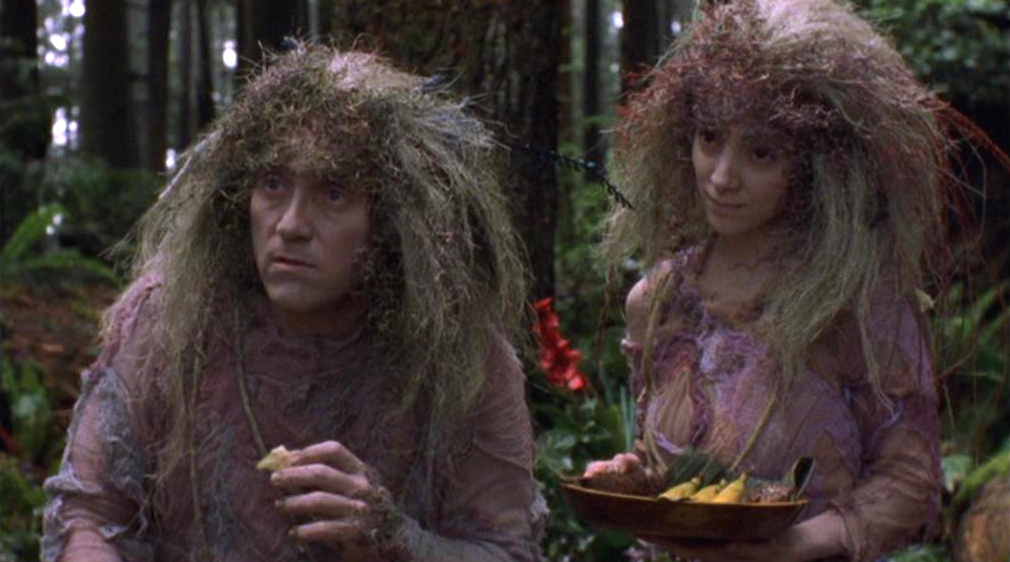 Though they appear to be primitive forest-dwellers, the pacifist, nature-loving Nox are one of the galaxy's oldest and most advanced races. Capable of living hundreds of Earth years, the Nox believe they are symbiotically linked with nature, and treasure the world in which they live.

Physically, Nox are very similar to humans, though their hair is elaborately different. Both hair and clothing reflect their forest surroundings. Many live in huts at the floor of forests, basking in shade. Others no doubt reside in a massive, floating city near the Stargate. They love to eat, and appear to be simple vegetarians.

The Nox claim to base all of their powers on illusion and mastery of the mind. Though it is unclear whether their special abilities are technologically based, they have the ability to render anything and anyone, including themselves, invisible at will, no matter what the size of the object. And not only invisible, but invincible, as any object can pass harmlessly through.

Nox stick to a strong code of ethics, believing everything and everyone is sacred. They refuse to take part in any plot to do harm to another if they may be directly responsible. They will not even fight to defend themselves. If a Nox has fallen, the family takes part in a ritual where they can revive the injured, or dead, back to life. All the members of the family group gather around the individual and put forth their hands in a certain posture, delivering special healing. During this time, they become invisible, but are weakened and vulnerable for a brief period of time.

The Nox are responsible for protecting an animal species that is native to their planet (the Fenri), which the Goa'uld have frequently come to hunt on their world, believing that the flying creatures are what possess the ability to become invisible.

The Nox were once a member of an alliance of four great races in the galaxy, along with the Ancients, the Asgard and the Furlings. With the dissolving of the alliance, they largely keep to themselves -- though they are happy to serve others when they are called upon.

The Nox - SG-1 meets the Nox, who appear to be simple woodland beings -- but in fact are a highly advanced species capable of raising the dead and hiding entire cities.
Enigma - Lya makes a brief visit to the SGC when the Nox welcome a group of Tollan refugees to live with them.
The Fifth Race - O'Neill learns that the Nox were once members of an alliance of four great races, along with the Asgard, the Ancients, and the Furlings.
Pretense - Lya meets SG-1 on Tollana to serve as a judge in the dispute between Skaara and Klorel, voting to have the Goa'uld removed from the Abydonian boy.