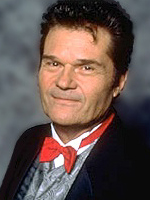 Born in Ohio, 67-year-old Willard is known for a huge range of film and television, including Salem’s Lot, The Tonight Show With Jay Leno, Mad About You, Everybody Loves Raymond, and just about every film by Christopher Guest (This Is Spinal Tap, Waiting for Guffman, Best In Show).

Little is known about the plot of “Family Ties,” which is expected to air in late May or early June in the U.S. as Season Ten’s eighteenth episode.