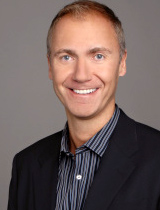 Fans of the now 10-year-old Stargate television franchise have one more reason to breathe a sigh of relief: it remains a long-term flagship for SCI FI Channel, according to network executive vice president David Howe.

“Stargate, as a franchise, has been a flagship since I’ve been at SCI FI and it’s been incredibly important to us,” Howe told iF Magazine at this weekend’s cable press tour. “I could never see SCI FI in the short or long term without Stargate.”

Stargate SG-1 moved to the cable channel after five years on Showtime, and saw its ratings find new life among SCI FI’s larger audience base. In its five years on the network, SG-1 helped propel SCI FI into the top ten of basic cable channels, and launched the successful spin-off series Stargate Atlantis.

But with lower ratings across the board, the cancellation of SG-1, and the recent announcement that the 2008 season of Battlestar Galactica will be that show’s last, the future of Atlantis may seem uncertain. With production on Season Four wrapping up only a few weeks after the September 28 premiere, SCI FI is expected to make its renewal decision based on a handful of ratings numbers — plus the beleaguered ratings performance of the back half of Season Three last spring.

Howe’s comments certainly bode well for the future of Stargate on SCI FI Channel, in whatever form it may take. While they wait on the renewal news for a fifth season of Atlantis, the show’s producers are also readying a third live-action television series: Stargate Universe (story).