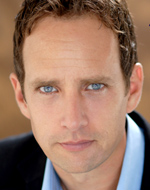 Stage and screen actor Robert Moloney will guest star in “Ghost In the Machine,” GateWorld has learned. “Ghost” is expected to air as the fifth episode of Stargate Atlantis‘s fifth season.

Stargate fans will recognize Moloney as Borren, one of the Aschen, who appeared in the Stargate SG-1 fifth season episode “2001.” He has also appeared on such series as Jeremiah, The Dead Zone, The 4400, and MTV’s Kaya.

For another look at Moloney in action, tune in to A&E’s remake of the Michael Crichton classic The Andromeda Strain this month, in which he plays an F.B.I. agent. Produced by Ridley Scott and Tony Scott, the 4-hour miniseries will air May 26 and 27 on the U.S. cable network.

Season Five of Stargate Atlantis kicks off in July on the SCI FI Channel in the United States, putting “Ghost In the Machine” sometime in August. Learn more about this and other upcoming episodes in our Season Five episode guide!