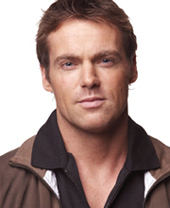 Michael Shanks, Stargate SG-1‘s resident archaeologist Dr. Daniel Jackson, will once again assume the role of archaeologist — this time as the 1930s, parasol-wielding Dr. Jacob Thain in the SCI FI Channel’s original movie, “The Lost Treasure of the Grand Canyon.”

The movie airs on Saturday, December 20.

Recruited by co-star Shannen Doherty’s character, Thain helps her search for her professor father. He and his Smithsonian team disappeared when they discovered a hidden Aztec city protected by warriors from the past and a deadly flying serpent.