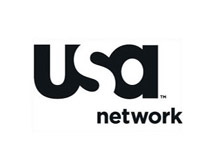 Not one to rest on its highly-rated laurels, USA Network is shaking up their programming strategy in 2010.

The network that often dominates basic cable ratings is walking away from Friday nights, putting its original dramas on nights of the week when more people watch television — and therefore when the competition is stiffer.

The Associated Press reports that, in the wake of the monster-rated series finale of Friday night’s Monk last month, USA will shift White Collar and Psych to Tuesdays and Wednesdays at 10 p.m. (E/P), respectively.

“We decided it was time to take some risks,” Bonnie Hammer, the network’s chief executive, said. “Being complacent was never going to teach us anything.”  She noted that her 16-year-old son asked her why White Collar was on Friday nights, saying that he and is friends would watch it otherwise.

USA also programs on Sunday, where the AP speculates Law and Order: Criminal Intent and In Plain Sight are likely to land when they return.  Burn Notice returns January 21 — on Thursday night, at 10 p.m.

The move may prove helpful to USA’s Friday night competition, particularly on its sister network, Syfy.  (Both networks are owned by NBC Universal, with Hammer having oversight of Syfy, as well.)  Friday has been the home of Syfy’s original dramas as long as it has had them, with the network recently reaching branching out to Tuesdays for the summer runs of Eureka and Warehouse 13.

Stargate Universe, meanwhile, has struggled to maintain its viewership in the face of the acclaimed Monk — which set a basic cable record when 9.4 million viewers tuned in for the December 4 finale.  It deep-sixed SGU‘s mid-season finale, giving “Justice” a series-low 1.34 million viewers on Friday night (story).

Because Friday is one of the week’s least watched nights of television, and because science fiction fans are more likely to be younger and more tech-savvy, it’s no surprise that Universe and Syfy’s other Friday shows regularly make the lists of TV’s most DVR’ed programs.

With USA no longer putting original series on Fridays — and FOX‘s Dollhouse going off the air this month — Syfy’s Caprica will be in a better position to capture some eyeballs from those who do stay home on Friday nights.  And so will Stargate Universe, which returns with the second half of its first season on April 2.

Boosted by its ratings success, meanwhile, USA is taking on the big dogs: the four major broadcast networks.

“Usually cable networks try [programming] for months when broadcasters aren’t airing their own originals in order to get more attention,” the AP story observed. “USA, in other words, is starting to act like a broadcast network.”

One error, you misspelt Psyche, It’s actually Psych without the e.
Just wanted to point it out.
An interesting read though, I wonder how many people actually were pulled away from stargate universe for the Monk finale.

I was far more interested in Monk than SGU, admittedly.

Although I am and have been a devoted StarGate fan for a long time, I was also a very avid Monk fan. I watched the Monk finale in real-time, and watched a recording of Universe some time later. By the way, the Monk series finale was FANTASTIC. Honestly, I think the USA network has had the best lineup of shows on TV for some time now. Monk, In Plain Sight, L&O Criminal Intent, and Psych are all fantastic. I am rather partial to police/mysteries, I guess. SyFy has some good shows on in reruns. I enjoy watching the old Star… Read more »

Although I am a Stargate fan, I watched the finale of Monk – because SGU repeated later that night. I’d be curious to see how the other networks are doing as I believe CBS’s double-tagl of GHost Whisperer and Medium are doing well.

White Collar is definitely the best new show on TV this season, IMHO, so I hope that it’ll get more viewers on Tuesday! It so deserves it :)

I watched Monk over SGU. No contest. I’ve been a devoted Stargate fan for eight years, and a devoted Monk fan for three years, but it wasn’t even a choice I thought about. I love USA. They have the best programming of any network. Psych, Burn Notice, and White Collar are some of my favorite shows. I also appreciate the marathons of NCIS they put on. I only watched SciFi for SG1 and SGA. I’ve seen some Eureka and liked it but haven’t gotten around to really watching it (it was an option on a long flight back from England,… Read more »

Uh oh! has anyone even ask the people on the shows being affected would they go along with? We don’t want another Conan and Leno situation at USA channel now too. LOL….rolling my eyes! LOL.

Wow, they are so desperate to get someone to watch SGU ;)

“Because Friday is one of the week’s least watched nights of television, and because science fiction fans are more likely to be younger and more tech-savvy, it’s no surprise that Universe and Syfy’s other Friday shows regularly make the lists of TV’s most DVR’ed programs.”

Wasn’t there some article recently that states the average viewing age for SGU was around 46?

Yep, which is a younger average than your Law & Orders, Royal Pains, and CSIs.

The question you should be asking is not “How many 46-year-olds do I know who go out on Friday night and DVR,” but what percentage of SGU‘s audience would fall into that category. A larger percentage of DVR socialites pulls down the average age.

I can’t argue with their logic because it’s their logic. Also I’m not getting when he said because my son and his friends watch it everbody will watch it. SG-1, Atlantis, Eureka, etc,.. they all keep you watching for what’s going to happen next. SGU is too much drama! Am I watching Stargate or The Young and the Restless come on dude. Stargate is Sci-Fi not real. Call Stargate SG-1 old if you want it made me buy the whole DVD series. Man I can’t even keep my eyes open watching SGU. That is the only show I DVR and… Read more »

It’s CBS an NBC even ABC tryin to get back in the mix. SyFy had Fridays on lock. I think SyFy is going to lose that day. I definately think Caprica is a waste.

“Boosted by its ratings success, meanwhile, USA is taking on the big dogs: the four major broadcast networks.

“Usually cable networks try [programming] for months when broadcasters aren’t airing their own originals in order to get more attention,” the AP story observed. “USA, in other words, is starting to act like a broadcast network.”

USA is not taking on anyone. All the big networks schedule their shows at 7/8(centraltime) USA starts their shows at 9. Although, USA does have some of the best shows currently.