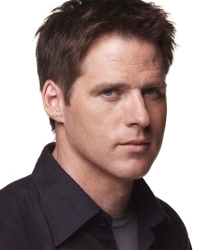 Former Stargate SG-1 cast member Ben Browder has been cast in Hellcats, a new dramedy pilot for The CW network, according to Deadline Hollywood.

Allan Arkush is directing the pilot for CBS Television Studios / Warner Bros, with a script by Kevin Murphy.

We’ll keep our eyes open to see if the series is picked up for broadcast!

(Thanks to Prion, Madwelshboy, and Ron for the tip!)

This is awesome! Good news for Ben and his admirers (some predate SG-1 with Farscape and if you believe it or not were brought on SG-1 over by him and Claudia Black). I hope it’s a good show and that is picked up!

I loved Ben Browder in Farscape, so good luck to him on this new show, he is a brilliant actor.

Its just a shame he was so wrong for Stargate, its not his fault, the producers should have known better than to try and replace RDA.

Ben’s awesome. Loved him in both Stargate and Farscape (my two most favorite shows). Probably wants to keep his acting career varied (who can blame him)?

Prefer him, though, as the “Dashing Science Fiction Hero”… ;)

if your a fan of stargate i cant see you not being a fan of farscape……amazing show and amazing actor. i wish nothing but the best for him in whatever he does

Absolutly love Farscape, was hoping for those webisodes to come through but obviously not :(

Good for him! Can’t wait to see it.

Always glad to see Ben Browder in something and love he is in a non-genre role!

I don’t really like cheerleaders, but this I’ll watch. I first read on Wikipedia that he was going to star in this show. But from what I read there, He doesn’t really sound like the good guy…

a football coach? how the mighty have fallen…

“a handsome rogue who never lost the boyishness of youth.”-That seems like Ben :p and I’m happy for him
But a show that talks about competitive cheer leading…hand me a barf bag

Poor Ben. Sounds good. Although after Smallville I will never watch another show on CW. I am so sick of getting four or five eps then it’s gone.

I’m happy for Ben as the CW will probably pick it up but not even he could make me watch that.

Um, awesome? I can’t think of a series that will interest me less (unless it was some sort of reality show) but I will absolutely watch this if Ben Browder is on it. Yes, I like him THAT much. lol I have been missing seeing him on the little screen since the last SG1 movie, so this is excellent. Plus, seems the pilot was filmed in Vancouver- I wonder if he’ll be filming up here again longterm? More awesomeness!

As much as I dislike shows about cheerleaders, I can’t wait to see what he does with this. I’m also looking forward to his new webisode series called Naught for Hire.