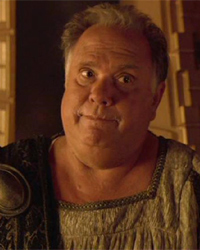 His career spans decades of film and television, but Stargate fans will always remember Maury Chaykin as the brilliant and manipulative Goa’uld Nerus on Stargate SG-1.  CBC News is reporting that Chaykin has passed away, at the age of 61.  (His cause of death has not been reported.)

Born in Brooklyn, New York in 1949, Chaykin studied drama in New York and moved to Toronto after college. There he entered the Canadian theater scene in the mid-1970s, and also found work in front of the camera.  He appeared in such films as My Cousin Vinny, Iron Eagle II, and Dances With Wolves.

On television, Chaykin played the title character in the Nero Wolfe mystery series.  His many credits also include La Femme Nikita, Due South, CSI, Boston Legal, and Entourage.  Most recently, he appeared in the recurring role of Sam Belcher in the series Less Than Kind.

Chaykin’s first appearance on Stargate came in the ninth season episode “Beachhead,” when Nerus deceived General Hank Landry and Stargate Command to help give the Ori an upper hand.  He became a prisoner on Earth (doing most of his scenes opposite Beau Bridges), and was eventually set loose and returned to the former System Lord Baal (Cliff Simon) in the episode “Off the Grid.”

Maury Chaykin is survived by his wife, actress Susannah Hoffmann, and their daughter.  Our thoughts and prayers are with them in this difficult time.

(Thanks to Sheena for passing along the news) 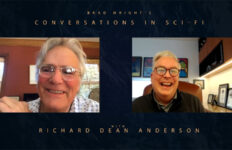 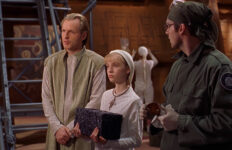 he also played Sheriff Cobb in the pilot episode of Eureka

RIP you were a good character on the show.

Definitely one of my favorite ‘false gods’ in the series. RIP.

“Chicken? MORE chicken!” – haha,I quote this all the time with my Stargate friends. RIP

I’ve always thought of him when having a particularly large meal, I really enjoyed his character. RIP

I thought he was terrific as Nero Wolfe, and also his appearances here on SG. My condolences to his family.

Maury Chaykin Has Passed Away at 61 « Solutions Blog

+ Trailer Park Boys. Loved the character and acting, especially when they yanked the rug out from under him. Lots of memorable lines.

RIP
My condolences to his family.

Mr. Chaykin was a fine actor and played a standout character as Nerus on Stargate SG-1. My condolences to his family and friends. He will be sadly missed.

It’s a terrible tragedy that Maury Chaykin has passed away. You can help remember him by contributing to his memorial website at http://maurychaykin.people2remember.com/

He’s definitely been in alot of shows and won seven awards. The world is a little darker for his loss, my condolences to his family.

IMDB lists the cause of death as “kidney trouble.” Not terribly specific, but it’s something. I happened to catch WarGames the other day, and I had totally forgotten he was in it. It was weird seeing him with all that hair!

“Sir Knight? I’ve just p*ssed in my pants, and nobody can do anything about it!”

I ran into him on the TTC about a year back, RIP Maury!

He had one of the most memorable scenes in the past few years of SG-1, when he asked what could motivate him to betray the Ori. Beau Bridges said, “Hunger.”

He was for sure one of the best guest actors on the show.