As the leader of the crew stranded far from home, Colonel Everett Young has a lot on his shoulders. Once imagined as a seasoned hero in the vein of Jack O’Neill, over the course of the first season of SGU it became clear to viewers and Destiny crew alike that Dr. Rush might be right — he’s the wrong man for this job.

The right man to play this complex and disturbed character, though, is clearly Louis Ferreira. We caught up with Louis over the phone this month, as the cast and crew continue filming the back half of the season and fans get ready for this week’s big premiere — when Colonel Young’s job will no doubt get a whole lot harder. He talks about his career so far and being cast on Stargate, the “cracks” that have begun to show in Colonel Young, and a few of the pranks he’s pulled on his castmates. He also shares his thoughts on attending fan conventions, and making sure his children stay his priority.

GateWorld’s interview with Louis Ferreira is available in audio format, and runs about 26 minutes. It is also transcribed below!

GateWorld: How are you doing, Louis?

Louis Ferreira: I’m fantastic! How are you?

GW: Not too bad. It’s good to finally be able to chat with you. How is Vancouver life treating you?

LF: Well, it’s a beautiful city. It’s been a great year, with everything going on, especially the Olympics. It was great to be part of that. That was a blessing in disguise. I don’t think there’s any place more beautiful in Canada, personally. It’s actually quite ironic that the Winter Olympics took place in this city. It’s our least wintry city, I think, of any Canadian city. So that’s kind of cool.

GW: Let’s talk a little bit for some of the people that are becoming fans of you, that aren’t familiar with a lot of your previous work. How did you get your start in acting? You’ve racked up some impressive credits over the past 25 years, everything from Vancouver TV genre series outside of Stargate to theatrical films like Saw and Shooter, and stuff like that. 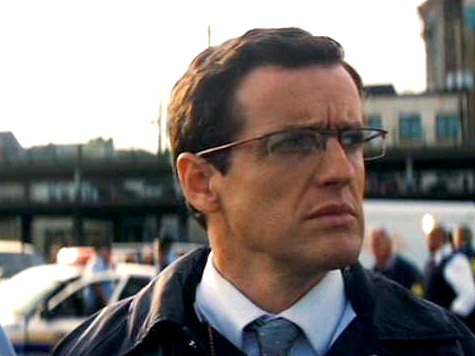 Louis Ferriera in a scene from the 2007 Mark Wahlberg film ''Shooter.''

LF: Well, I was in high school. I had a rough childhood — my dad died when I was 11. I then grew up in a welfare system in Ontario, Canada, with my mom and sister. I started working at a very young age — 11, to be exact, and was big into sports and was living my life pretty much as a free man by the time I was 11.  I was pretty independent and, unbeknownst to me, growing up in that community I was immersed in multiculturalism to a degree that probably was different in the sense that I literally would stay with different families for periods of time. Different cultures, different aspects. I’m only telling you to give a backdrop.

Eventually, one thing led to another and by the time I got to high school, it kind of didn’t matter that I was there. Certainly my mom — who didn’t speak a word of English — could care less. I was working factories, stuff like that, and some girl in high school thought I had a cool look. She said, “Matt Dillon in The Outsiders” at the time — I remember that being a reference. I was like, “Oh, that’s cool.” But I was, like I said, the little street thing … and I was just like, “Whatever.” But she said, “There’s this open casting call! You should go check it out and be an actor.”

I’d taken some theater and I think I did it more just as easy credit, escape. It was something that was kind of cool. But I think, subliminally, it was a good way for me to have dealt psychologically with my childhood stuff. It allowed me to release anger. I could be angry in a classroom and say, “It’s good acting.” Or whatever the emotion might be.

I went in and there was a woman named Diane Polley, who is Sarah Polley’s mother, casting it. It was a film called The Return of Billy Jack, and from that audition I got this one-day part. But I also got this casting director who said, “I’m going to get you an agent.” That was Toronto — 1986, I think. And from then on, I’ve been doing it ever since and learning it in a very blessed way, which is falling on your face right on film, and sucking away and gradually chipping away.

Again, why I told you about growing up in a [multicultural community], I think the biggest strength that I’ve had has been versatility and the ability to do very different types of films and genres. Which is still my favorite thing. It was always escapism for me. And that’s my personal favorite. I’m not big on the celebrity/personality actor. I’m a big fan of the Meryl Streeps and the De Niros and the Pacinos. Although they’ve become archetypes of themselves at this point, they’ve well deserved it, in my opinion. They were brilliant and are brilliant actors who’ve certainly showed a lot of range in their career. That’s always been my personal template for why I wanted to be an actor. 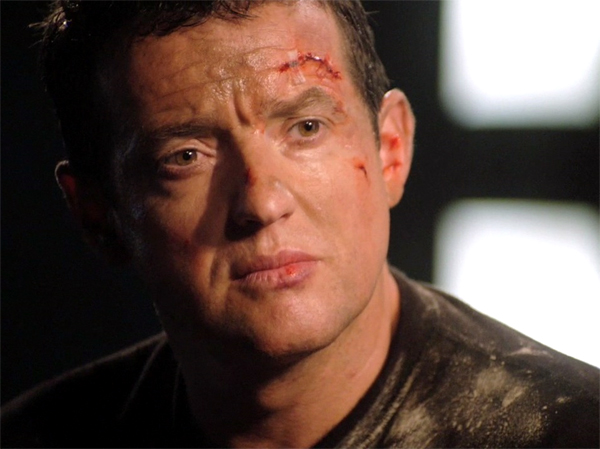 Ferriera sees Colonel Young as someone who has become ''deadened inside'' and is trying to ''find that spark.''

At some point along the way, it went to more than just going, “Hey, look! Now I’m making some money! I can actually take care of my mother and get her out of the ghetto!”  And it became about, “Wow! I can actually make an impact with my work. I can be part of something that makes a contribution to society.” That’s another thing that I try — [in] certain roles, I try to explore certain aspects of humanity.

With the Young thing, I was thinking about it even today — it’s the idea that there’s a certain percentage of people out there who are in an unhappy state with their job, with their life, with their soul. There’s something inside of them that has been deadened and you still have to get up and you still have to do your thing.  But something’s missing. It’s all about a person trying to find that spark, that re-ignition that we are all able to find, and what that process is.

I thought that’s an interesting perspective, especially for this particular show. The other two franchises that were before us were very, very different. I was a big fan of SG-1 but I was very drawn to the idea that they wanted to do a reincarnation. I know along the way people are going, “Wait a minute! Where’s the old show?” but there’s 15 years of that show. I’m very proud to be associated as an actor with something — or else you would be the guy just doing the same show, the third version of it.

NEXT: Being cast and finding family on SGU

Very nice interview. I’m only just discovering Louis Ferreira. I’ve seen him in a few things as Justin Louis. I decided to look at some of his earlier work – Pretender & Highlander – he’s so young (no pun intended). I enjoy watching Col Young develop through LF’s interpretation. Keep up good work and go to conventions – they are a hoot.