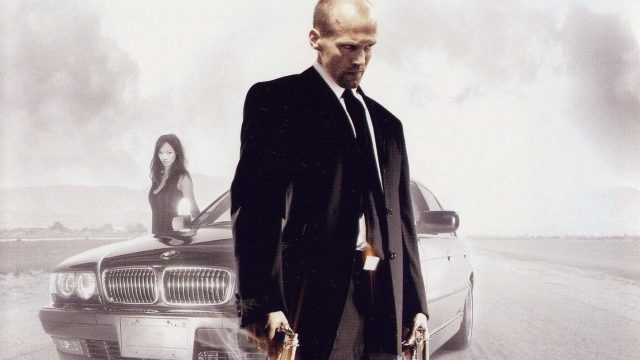 Three of the Stargate franchise’s long-running writer-producers are already at work on their next series.

Joseph Mallozzi and Paul Mullie have been with Stargate for 11 years — since the fourth season of SG-1.  Mallozzi has been blogging about what’s next for the writing partners, now that Stargate Universe has been canceled, and recently took a trip to Toronto to meet and spin story ideas with a team putting together a new series.  That team includes none other than Robert C. Cooper, who has been with Stargate from its television beginnings and departed during this past production year.

But just what is this new show?

Our friends at Stargate SG-1 Solutions have pieced together the hints Mallozzi has been dropping in recent weeks, and we think their guess has to be right: the French studio EuropaCorp, the makers of the film series The Transporter, Taken (the recent Liam Neeson film, not the Syfy mini-series), and La Femme Nikita, announced last year that it is working on a TV series adapting The Transporter.

Mallozzi has told his blog readers that the new show is based on an existing and well-known (movie) franchise, is action-oriented with a male lead, and not science fiction.  He included The Transporter 3 on his list of movies to take along on the flight from Vancouver, B.C. to Toronto, and mentioned Alexander M. Rümelin as an executive producer.  Rümelin has been attached to the adaptation of The Transporter.

The film series stars Jason Statham as Frank Martin, once a special forces soldier and now a driver who will deliver any kind of package — no questions asked.  No casting for the television series has been announced yet (may we suggest Stargate‘s Mike Dopud as your lead?), though it is supposed to start filming in Canada and Europe early this year.

“This is the type of show I love to write for: fast-paced, action-driven, and humorous,” Mallozzi said.

EuropaCorp says it already has a major U.S. broadcaster secured, but the studio isn’t saying who.  The studio has committed a budget of $48 million for the 12-episode season, an impressive $4 million per hour.

The series will see Mallozzi and Mullie relocate to Toronto, where the series is to be produced, along with Cooper — at least for 2011, depending on the show’s success.  The two are currently working on two scripts and a show bible.

The same studio has had recent success on the television adaptation of Nikita, which is now airing on The CW in the United States.  Read more about The Transporter deal at Deadline.com.  And congrats to Joe, Paul, and Rob!

If they got this one right, they’re really good! And Mike Dopud would be perfect :)

So, a bunch of the people whom said they liked the idea of changing Stargate into a character-driven drama have jumped at the chance to do an action/adventure comedy. Ironic, no?

This sounds like a perfect fit for NBC. I don’t see it fitting with the other 3 major broadcasters, and I don’t count the CW as “major US broadcaster”. I would like to see it do well. The premise sounds cool. Don’t think they can afford Statham, or that he’d be interested in the small screen, but I would absolutely love him in this role. He is quickly becoming one of my favorite actors; “The Italian Job”, “The Mechanic”, “The Transporter” series, and to a lesser extent; the “Crank” movies. Other than Statham, who else would be killer in this… Read more »

@mythos: I was thinking the same thing.

idk how i feel about this…i like the transporter movies, they are fun… a tv series tho? i will watch either way and hope for the best….this; however, not the news i was hoping for as far as what the stargate producers are doing. If these guys are moving on to new projects, i think it is safe to assume either stargate is dead or will be given to a new group of producers…… very slippery slope

I disagree that Stargate is dead because of this. Clearly a changing of the guard was necessary and didn’t happen before. This may precipitate that to happen. So everyone jumping ship could actually be the best thing to happen.

Lol of all things this. Well perhaps superficial nonsense will be a better fit

If this isn’t enough evidence that universe is dead, Idk what is…
Funny how,all of a sudden he and SGU fans likes what he is doing. The funny/adventure/fast paced stuff…Remind you of something? I’ll give you guys a hint it’s a stargate show.

@oliver – They’re out of a job. What would you have them do? And I doubt they’ve made a ‘truckload of money’. Perhaps what may seem like a truckload of money to some, but it’s a niche market show on a niche market network. It’s not like they were making big screen type salaries. They likely would need to continue to work to maintain their current quality of life. And after coming off of a flop, they would need to act quick in order to not get labeled with SGU’s failure.

I’ve seen the transporter, it was OK, i do agrre with you that Mike Dopud would be perfect for such a role….To TPTB-please don’t give up on Stargate, we all haven’t! I wanna see more Stargate or I think i’ll die.. :O

I do find it funny that he would say he prefers action/adventure with humour. I love SGU and it is the type of Stargate I was hoping for, this though is not my cup of tea. Still fingers crossed for something happening with SGU, if not perhaps some new blood in the franchise could be just the ticket.

lol..do not call stargate fanbase a niche market.Granted it’s not as big as say NCIS or CSI,but it’s certainily isn’t niche.If the marketshare was niche,then the series wouldn’t have lasted 15 years+3 movies+making billions of dollars for MGM.MGM wouldn’t have financed the project had it not be profitable for it.What the producers need to do is accept their mistake and say it publicly.If they did I won’t critcise them but praise them for having the guts to say it.

It not the transporter, as Joe said they were still in the negotiation stage with studios an securing a deal.
According to your article Transporter already got a deal an a budget. Which is a lot further along than Joe has hinted in his blog, which points to negotiation still going on with the studio.

But 4 million dollars a episode for this kind of show is impressive budget if true.

knowles, all I’ve seen Joe say is that his and Paul’s deal is still being hammered out (not the show’s production itself). For example, February 8: “That on again, off again, on again, off again opportunity is back on again and it looks like Paul and I are close to signing a deal that would take us to Toronto for 2011 (and, possibly, beyond).”

@oliver – There’s approximately 310 million people in the united states. At it’s best, the Stargate shows got a few million viewers. It’s a niche market show. All of the shows and movies (including the original big-screen movie) combined probably didn’t bring in a billion dollars in revenue and I’m not talking profit, I’m just talking revenue. The entire run has probably made well less than $100 million in profit. Which isn’t that great for 15+ years + 3 movies.

A lot of the fanbase now are overseas, living in canada to europe to australia. Don’t tell me they are NOT considered as fans of stargate?

LOL!
This as a TV series, stick with the films. Great movies with a tru Brit Jason Statham!
As for Stargate bring back Atlantis…

@mythos: Agreed. They both waxed poetics about how awesome character driven drama was and what a great change pace it was etc. etc. Hm…

I was really excited about this show when I heard about it, but with those two on board? I don’t know, I really didn’t like what they did with SGA as execs: McKeller, Atlantis on Earth, inconsistent character traits (especially Keller’s)…

What billions of dollars profit,this ain’t Avatar,lol!
And yes it is so funny how they not only jumped at a chance,but said this is what they like to do..faste paste/adventure/comedy!
I guess that to do a character driven show,you need more than an ambition to do it,you need guys that actually know how to do it!

wasn’t The Transporter only famous because of the action style?

@DoomPuppet Sure they can!But there is a difference between liking both and being able to do both.And the context is important as well.They’ve been all like;it’s time to do something different,we’re at the point in our careers where we want to venture into new things,different kind of storytelling..,and now this!So what happened with those new creative desires and ways of expression!?

@DoomPuppet – Read Mallozzi’s blog. He seems considerably more interested in doing comedic action than he does in doing character drama.

@DoomPuppet: Sure they can. I like both serious and comedic entertainment, but just because you want to doesn’t mean you can. They used SG for their experimentation and then abandoned ship. Like oliver said instead of “We made a mistake” we get “Bye”. I just wish they could have taken something else for use in their experiments.

I’m hoping this airs on USA. It would give a bit more of an oomph to its action-adventure lineup — something a bit more gritty than Burn Notice and Covert Affairs.

Stargate Universe Returns March 7 after Being Human on Syfy « multipleverses.com