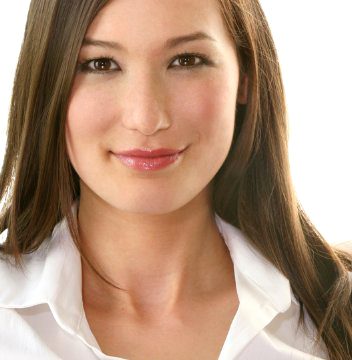 Stargate Universe actress Jennifer Spence picked up the show’s (surprisingly) only Leo Award nomination this year.  The actress, who plays Dr. Lisa Park on the series, was nominated in the Supporting Performance by a Female category for “Malice.”

In the episode, Park is abducted and taken through the Stargate by Lucian Alliance rogue Simeon, who attaches a bomb to her back and leaves her at the gate.

In the acting categories, Amanda Tapping has been nominated for Best Lead Performance by a Female, Robin Dunne for Best Male Lead, Ryan Robbins for Supporting Actor (alongside fellow Stargate vet Colin Cunningham), and Ian Tracey as a guest star.

Smallville picked up eight nominations, including one for Best Dramatic Series.

It’s a bit of a shocker that SGU wasn’t nominated in any other category, after earning 16 nods across 10 categories last year (story).

The Leos recognize the best in television and film produced in British Columbia. The gala awards ceremony will take place Saturday, June 11. Visit LeoAwards.com for the complete list of this year’s nominees.

Kick a person when there down why don’t use damn!
Congratz to Jennifer Spence on her nod though.

I can see why she was nominated for that episode… but I can’t understand why it’s the only nom. Did they just not bother? Sad.

Very bizarre. Season 2 of SGU was so much stronger than season 1.

I wonder if, since the production and offices were shutting down, there wasn’t alot of focus on submitting nominations this year?

whats the point of the nom’s anyway ?
they dont do anything for the show to survive the axe

Congrats to her, she stood out better than the main cast

Of all the fantastic elements to this show and THAT’S the one nominated!?????

Congratulations to Jennifer Spence on her Leo Award nomination. I hope she wins. Also, congrats to “Sanctuary” for its well deserved 17 nominations. They ought to win quite a few.

season 2 didnt stress the actor’s performance so im not surprised. it was mainly all plot within a fragmented story arc.

Congratulations to Jennifer. I am so happy for her, she deserves it.
I like to see any SGU actor rewarded for their great work.
A little bit disapointed to not see more of them nominated, but better than nothing.

Congratulations to Jennifer for the nomination. Her character had a tough time, kidnapped and having a bomb strapped to her back then having her corneas burned off.