Paul McGillion is a hard man to track down.  It’s been a busy two years for the Atlantis favorite.  Mere months after Syfy aired the final episode, “Enemy at the Gate,”  McGillion popped up in a small role in J.J. Abrams big-screen Star Trek reboot.  He followed that up with guest spots on shows like Supernatural, V, Sanctuary and more, slowing down just long enough to get married late last year.  While we did get a chance to speak with the actor ever-so-briefly last summer, we’ve been chomping at the bit for a proper sit-down.

That chance came recently when Paul was a guest on the Creation Entertainment Official Stargate Convention tour.  In our latest discussion with the man who portrayed one of Atlantis‘ most beloved characters, Paul McGillion talks about the new genre comedy series he has in development, some of the projects you’ll see him in soon, his thoughts on the current television landscape without Stargate in it, and more!

GateWorld: How are you, Paul? It’s good to see you.

Paul McGillion: Great, brother. Great to see you too, Chad.

GW: Last time I talked to you was August last year at Chicago Comic Con.

GW: It’s been a year since now. What have you been up to in between?

PM: Well, I got married right after that.

GW: Yes, you did! Congratulations! 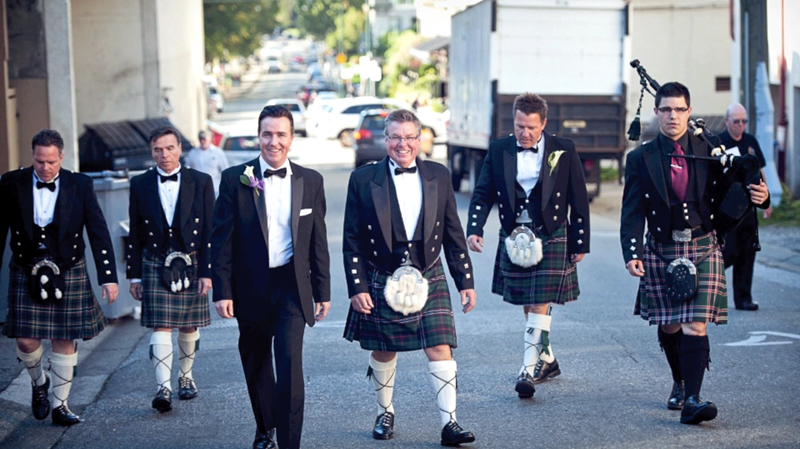 Flanked by kilted groomsmen (and a bagpiper), Paul walks to the church on his wedding day. Photo provided by Paul McGillion. (Image credit: Andrew Airlie)

GW: Where’d you go for a honeymoon?

PM: We went to Maui for our honeymoon. If you ever have a chance, anybody, go to Maui. It was unbelievable. I’d never been to Hawaii before so I just loved it.

GW: The last four years, if I get a vacation I end up coming up here.

GW: One of the few times this week!

GW: Let’s talk about professionally what you’ve been up to lately. Tell us a little bit about Captain Starship.

PM: Captain Starship is a pilot that we recently completed. We just finished all the post on it. Myself, Michael P. Northey, Ivon Bartok from Stargate — you know he did all the special features, and Jesse James Miller were co-creators and producers on the show. To sum it up, it’s kind of like Two and a Half Men meets Entourage with a sci-fi twist.

GW: Nice! I could actually handle that.

PM: Yeah, it’s a cool script. Michael came up with it years ago when we did Dragon*Con together and [we’ve] always wanted to do something [together].

So it’s kind of like, I have a nephew that moves in with me, this great young actor named Quinn Lord. He’s an 11 year old, and a lot of my buddies hang out with me — that’s where the Entourage aspect comes into play. Michael Northey is one of them and he doesn’t follow the rules of my house so he has to live in a tent on the roof. It’s quite, hopefully, funny.

Erin Karpluk’s also in it. Michael Shanks guest stars in the pilot and he’s fantastic, he’s hilarious. And Erin Karpluk from Being Erica, a big Canadian show that does well, she plays my girlfriend in it. Hopefully people like it. We just submitted it to the Banff Television and Film Festival, where they pick up new product, in June so hopefully we’ll get a nomination. We’ll see what happens. 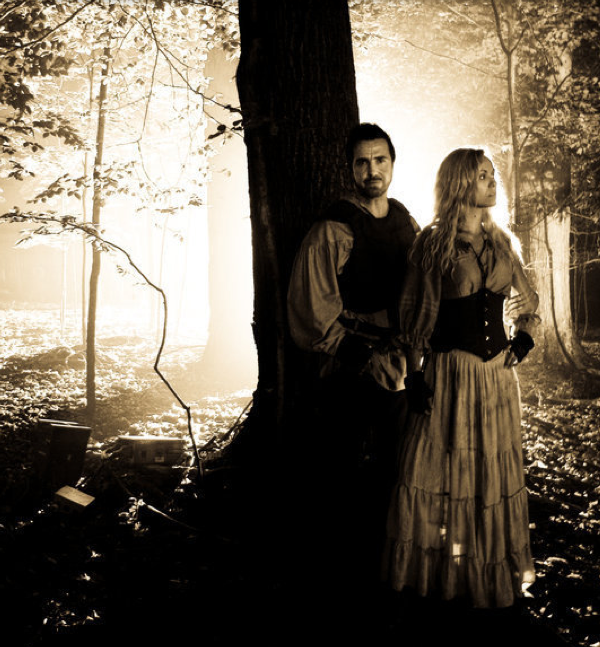 GW: Are you looking at a possibility of time frame as to when it could actually be out?

PM: We don’t know. We just finished it right now, so it was a pilot presentation and we’ll see if someone picks it up. You know, we’re looking for a network or a producer to take a look at it and think that it’s got some legs. And then we’ll go from there. We have high hopes for it but we’ll see how it goes.

GW:  Back in July, we got the chance to see you in a considerably different role, as you played [Harry Potter creator] JK Rowling’s father in a project for the Lifetime channel.  Talk with us a bit about that.

PM:  I did, Chad!  The film was called Magic Beyond Words:  The JK Rowling Story.  Poppy Montgomery (Without A Trace, new series Unforgettable) played JK, and I played her dad, Pete.  It was kind of a period piece, so my wardrobe definitely had some changes to it.  There were several outfits I wore that were just … funky!  I think we definitely were able to capture the Seventies and Eighties vibe that we were going for.  I was also sporting some kick-ass honky-tonk sideburns! [laughs]

It was a fun role.  It required me to do a South London accent, and that was a blast to play around with.  A lot of my scenes were with a lovely actress named Janet Kidder, who’s actually the niece of Margot Kidder [“Lois Lane” in the Christopher Reeve-era Superman movies].  She was wonderful to work with.  We did a lot of the location shooting for it in Victoria, British Columbia.  So B.C. ended up doubling for both London and Scotland!

JK just has this rags-to-riches story that is truly inspiring.  She’s had this monumentally life-changing success, and I think that’s part of why so many people are intrigued with her life.  When I read the script, I was in awe of the incredible hardships she had to deal with.  And I think that lends itself to how driven she is as a person now and the spirit that she has.

It was just a fun project to do.  And on a personal note, I enjoyed the chance to play a character based on a real-life person!

GW: Gretl is coming to Syfy in November.

GW: That’s with Emilie Ullerup from Sanctuary. Was that just a re-imagining of the fairy tale?

PM: It is. Shannen Doherty plays Gretl, I’m Hansel and it has a grown-up sci-fi version of Hansel and Gretl and we’re basically witch slayers now. Emilie Ullerup and Sarain Boylan, it’s the three of us looking for Gretl throughout it. We find her towards the end. Mario Azzopardi, who directed many episodes of Stargate directed it and it was a lot of fun. We shot it in Ontario, outside of Toronto.

Yeah, it’s a big sci-fi adventure, one of the Syfy movies, and I think the fans will get a real kick out of it. I’ve got a leather chest-plate, it’s very unlike Beckett. I’m the guy in it, kind of a stoic character. Definitely a lot of fun riding around. I think that comes out toward September, October, November, somewhere like that. It’s kind of cool, you play Hansel in a movie. It was a lot of fun, there’s a lot of action in it. Hopefully people will get a kick out of it.

NEXT: McGillion talks A70, his new J.J. Abrams project, and genre TV without Stargate

It’s do great to hear from Paul again. Congrats on his marriage! Glad to see he’s so busy and I’m looking forward to seeing him on both the big screen and the small.

Good for Paul, many of us have seen actors/actresses sort of fade away after their big series is done, it’s good to the stargate lot getting new roles. Also did anyone else see the actress that played Lindsey Novac, the Dr on the Deadalus who hiccups when she’s nervous.

Yep – Saw her on Eureka.