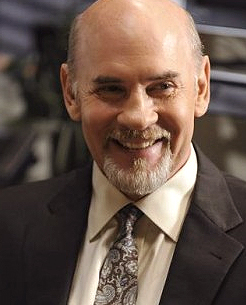 Before he was Stargate Atlantis‘s Colonel Steven Caldwell, commander of the Earth ship Daedalus, we loved actor Mitch Pileggi as F.B.I. Assistant Director Walter Skinner on The X-Files.

Now, he’s headed south to Dallas.  The actor has been cast in a recurring role on TNT’s remake of the classic 1980s primetime soap opera, according to Entertainment Weekly.  Pileggi will play a character named Harris Ryland, described as an “alpha male” and Ann’s (Brenda Strong) ex-husband. He’s the owner of a shipping and trucking company.

The new Dallas will continue the feud between members of the wealthy Ewing family, now through the children of J.R. and Bobby — Christopher Ewing (Jesse Metcalfe), Bobby’s adopted son, and John Ross Ewing (Josh Henderson), son of J.R. Original series star Larry Hagman is participating in the series, in spite of a recent cancer diagnosis. Patrick Duffy and Linda Gray also reprise their roles from the original, which aired on CBS from 1978 to 1991.

The original series helped to pioneer the television “cliffhanger,” including the “Who Shot J.R.?” cliffhanger. It also famously killed off Bobby Ewing and then brought him back after Duffy changed his mind, resulting in the notorious “it was all a dream” TV trope.

Dallas is expected to premiere on the U.S. basic cable network next summer.

“The new Dallas will continue the feud between members of the wealthy Ewing family, now through the children of J.R. and Bobby …”

So then, it’s not a remake.

Before reading the article I thought it was another re-make but glad it’s not. I may watch just to see if it’s at all unique. But can’t help but wonder whatever happened to creativity and original thought in Hollywood? These days there are so many re-makes and I’m REALLY turned off by reality shows. Enough of that already.

This article should be amended–this isn’t a remake. It’s a continuation.

it’ll prob be on syfy too lol.

That may be the first time I’ve seen Mitch Pileggi smile!