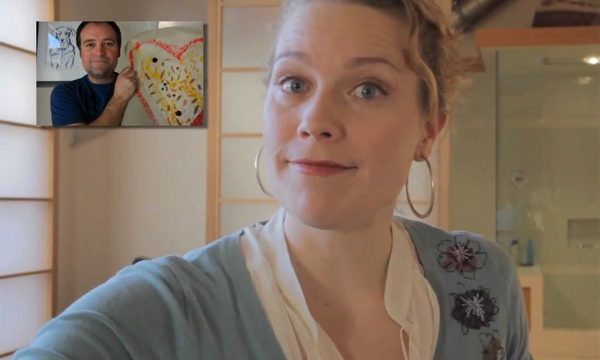 We told you about the premiere of Assassidate last month (story). The webcam series is written by the brother-sister duo and directed by David.

Nice to see them doing something together.

They need to kick it up a notch; make a syfy series cooler than stargate already—We believe in you Hewlitts!

Christ almighty I used the term syfy instead of scifi; folks would think I’m cool with that network of syphilis

I could sense something like this was coming ever since Mckay kissed mcgillon in season 2 SGA! I really do enjoy the Hewletts work though, A dogs day breakfast, Assasidate, SGA segments etc. I wish I had a million dollars, then I would pay to get Tv producer kneecapped, because he wasn’t smart enough to recognize your talents:)!!! Are you listening Donald Trump???

Pretty amusing. I rewatched the first episode and liked it a bit more on the second viewing. Looking forward to the next episode and maybe another movie from the these two.

I love it! David and Kate are great together.