With some of Stargate SG-1‘s best hours ever, the ballot for the Season Seven Awards offered us some tough choices. But the votes are tallied and the results are in!

Fans nominated their favorite episodes, character moments, villains, technology, and more, which were then put on a ballot and voted on by fans around the world. There is one new category this month: With so many two-parters in Season Seven, we wanted to know not only what fans would vote as their favorite single episode, but also which two-parter would win. Would “Heroes, Part 2” defeat a divided “Lost City?” Would “Evolution” steal a victory from “Heroes” when taken as a whole?

This month we’ll be watching SG-1 Season Eight as part of the Stargate Rewatch! Stay tuned for the kick-off post to find out how you can nominate your favorites for the Season Eight Awards.

On with the winners: 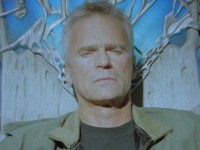 “Aveo … amacus.” Jack activates the Ancient outpost chair and lets loose a stream of destructive drones on Anubis’s mothership, saving the world … just before he closes his eyes and accepts that death is coming. 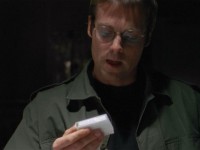 Fallen Friend. After initially rebuffing the efforts of journalist Emmett Bregman, an emotionally wrecked Daniel is convinced to hand over a video tape with footage of his friend’s death. 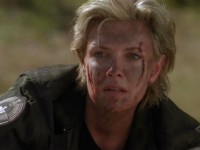 Hunter/Prey. Sam pushes herself onward despite injury to evade the super-soldier that has decimated the Alpha Site, and still manages to get the missile on a downed U.A.V. to fire on the warrior. 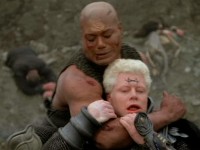 Mojo. Following the loss of his symbiote Teal’c overcomes his self-doubt by defeating the commander of the Jaffa labor camp and liberating Bra’tac, Rya’c, and the rest of the prisoners at Erebus. 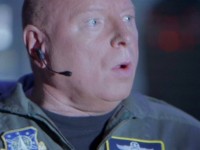 “If we go, they go!” With shields low and no options remaining, Hammond orders the Prometheus on a collision course with Anubis’s mothership to try and save Earth … or at least buy SG-1 a little more time. 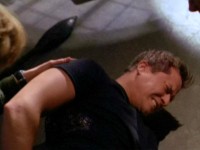 Atonement. Jonas pushes Daniel out of the way of a staff weapon blast and takes the hit instead, atoning for his past mistakes. 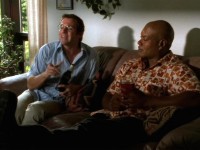 Family Moment. With change in the air at the S.G.C. the team, along with General Hammond, convenes at Jack’s house for a beer and a conversation about their future. 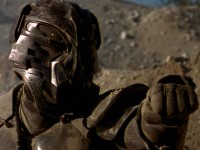 To replace his weakening Jaffa forces, Anubis genetically engineered an army of super-soldiers and outfitted them with armor invulnerable to all weapons! Well, almost all … 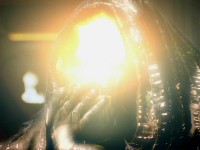 His second victory in this category, this season Anubis finally made a play at destroying Earth in a direct assault. But he didn’t count on SG-1 and an Ancient weapon buried under the ice, putting an end to his reign … for now. 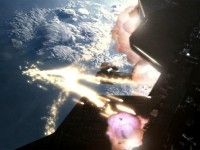 Arguably the most important piece of technology found by Earth since the Stargate itself, the powerful weapon was left behind in Antarctica by the Ancients. In a spectacular display the drones destroyed Anubis’s fleet in orbit and saved the planet! 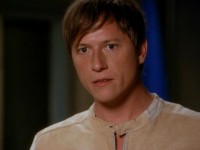 Having returned home after a year with SG-1, Jonas returns to ask the team for help saving his planet from total annihilation. 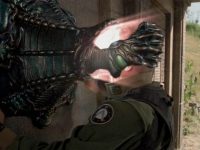 Stargate Command is shut down, Dr. Weir is in charge, Jack is exposed to the Ancient repository, and Anubis is on his way! Originally conceived as a Stargate movie, “Lost City” is widely praised as SG-1 at its very best. 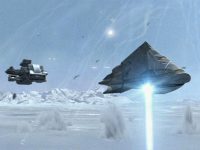 The season’s epic climax is also the best hour, as the threat of Anubis finally becomes terribly close to home. As Jack’s mind is slowly overwhelmed by the Ancient library, the team searches the galaxy for the Lost City and a way to stop the invasion. But Colonel O’Neill must make the ultimate sacrifice.

Join the Stargate Rewatch for Season Eight, all through March! We’re revisiting all 17 seasons of Stargate history from the beginning — one season each month, through the end of 2012. Stay tuned to find out how to nominate your favorite episodes and character moments for the March awards.

Season Seven, to me, took the Stargate franchise to a new level of acclaim as its stories gave the series a more international flavor, while at the same time cementing Earth/Tau’ri as the newest rising force in the galaxy. *wow* Mean while, back in our OWN reality, SG’s next season- combined with SGA and that lil’ blockbuster called BSG- took us sci-fi fans to head-spinning heights of nirvana by showing up on (then) Sci-Fi Channel’s “Sci-Fi Fridays”… To… this… DAY (!!), I still have to wonder how the suits at Sci-Fi Channel turned what was a once a stroke of… Read more »

I hated when the SGU haters went and said “blah blah drama has no place in Stargate, this is about the adventure, not everyone’s emotional problems. This isn’t Stargate blah blah blah”. This season is PROOF that emotional drama is an interwoven part of the Stargate franchise, and you can’t make that claim that it doesn’t belong and that’s why SGU died. Its not a cogent argument, here’s some proof right in front of you, a whole season’s worth that was some of the best Stargate ever produced!

Season 7 of Sg1 remains to this day my favorite season of Stargate alltogether. Out of all the seasons and Stargate series!It is also intersesting that now I read the results,it ends up this time,my favorite moments fit the general trend less than ever.Only about 50%,lol..Usually it’s only one,or two answers that I favored differently than most ppl. And i agree Sci-Fi Fridays were THE Golden Age of then SciFi Channel! Too bad they went ahead and changed that..and tried to fix what was not broken..regardless of first SG1 and then BSG ending.Other things could’ve filled the spot,because that was… Read more »

I swore I would never get sucked into the show…but I kept on watching. I swore I would not watch the later seasons…I kept working my way through. I never cry over anything I watch on TV or in movies…and I cried over “Heroes” and “Lost City”. This season is everything the earlier seasons were. Some of my favorite episodes aired during this season (Lifeboat and Fragile Balance), and my favorite 2-parter aside from In the Serpent’s Lair/In the Serpent’s Gasp aired this season (Lost City). I can see why it came back for another season, as this was supposed… Read more »

@dancer – completely agree. either it should have wrapped up after season 8 – or keep it going forever!!!

Heroes still affected me even though I knew what was coming… So sad to lose Dr. Janet Frasier (Teryl Rothery) from the team.

Still one of the best episodes of the series.

Season 7 of SG-1 is by far one of the best series in TV history.

Well everything I voted for won,

except two, which I can’t believe didn’t.