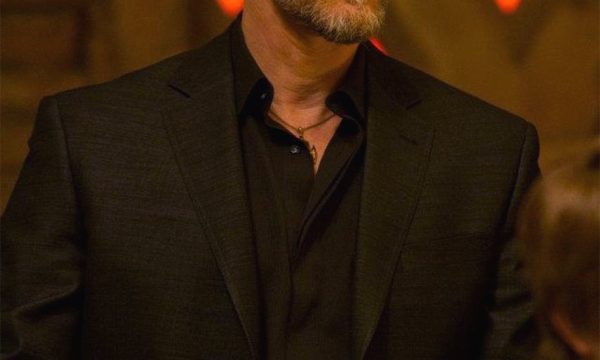 Earlier this year we told you that frequent Stargate Atlantis guest star Christopher Heyerdahl will be turning up in the new season of HBO’s True Blood (story). Now we have a look at his character!

Heyerdahl, who played “Todd” the Wraith on Atlantis, will play an ancient vampire named Dieter Braun in the second episode of True Blood‘s fifth season.  Heyerdahl’s appearance in the episode “Authority Always Wins” is set to air on June 17.

Click on the image for a larger view (via ComingSoon.net).

(Beware of minor spoilers for the episode in this paragraph.)  Braun is described in casting documents as “mature and self-possessed, calm and authoritative, with a piercing gaze. This vampire of average build is nevertheless extremely intimidating, and he uses innovative methods to torture a prisoner during an interrogation.”

The Vancouver actor’s other TV credits include Sanctuary (as John Druitt and Bigfoot), Caprica, Supernatural, Smallville, and Hell on Wheels.  On the big screen, he’s also known for his vampiric role as Marcus in the Twilight saga. The next film in the series, Breaking Dawn – Part 2, is in theaters this November.

(Thanks to Tim for the tip!)

Glad to see Mr. Heyerdahl is getting more work. I hope to see him again as John Druitt on Sanctuary if it gets renewed for another season.

I don’t watch True Blood, but Chris is excellent at this type of role, I’m sure the fans will be happy!

Ditto for the previous posters’ comments. It’s a pleasure to watch his work.