This month on the Stargate Rewatch we’ve been enjoying Season Four of SGA. Fans have voted on their favorite episode, character moments, tech, and more … and now it’s time to reveal what you’ve picked as the best of the best!

Stay tuned this week for the October kick-off post, where we highlight SGA Season Five. You’ll also be able to nominate your favorites for the Season Five Awards.

Now, on with the winners! 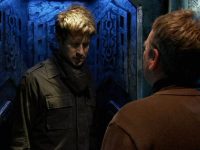 Back From the Future. Trapped in the future with a hologram of McKay, Sheppard fights his way through a sand storm and returns to his own time with the information to find Teyla. 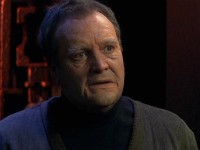 Holo-man. In an alternate universe, a determined McKay comes up with a plan to turn himself into a hologram and get Sheppard back from the future to save his team. 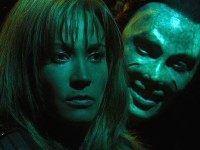 Battle of Wills. With her unborn child at risk Teyla defeats a Wraith Queen in a battle of minds, piloting a hive ship into battle and saving her team.

From: “Spoils of War” 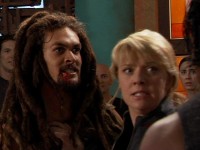 Evenly Matched. Ronon goes toe-to-toe with Teal’c in a public sparring match, lasting an hour in brutal combat until Colonel Carter breaks them up. 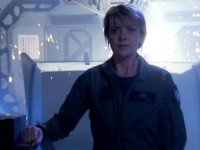 Phoenix. In an alternate timeline, Sam sacrifices herself to win an impossible battle — ramming her critically damaged ship into a Wraith hive, taking out it and another two in the process. 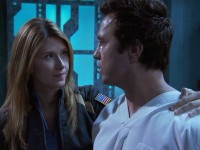 Never Give Up. Forced to confine the clone of her predecessor, Carson Beckett, to a stasis chamber, Dr. Keller promises that she will keep searching for a cure for his condition. 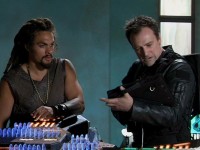 Alliance. In a pitched space battle the Atlantis team joins forces with the Wraith and the Travelers to defeat their common enemy, the Replicators, once and for all.

From: “Be All My Sins Remember’d” 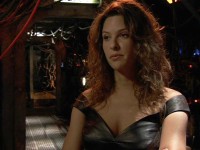 A nomadic group of humans led by the cunning Larrin, the Travelers have managed to hold on to their advanced technology by staying one step ahead of the Wraith. Though always looking out for their own best interests, they were later convinced to join Atlantis against the Replicators. 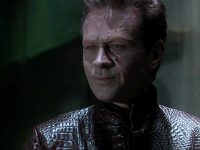 The Wraith-human hybrid Michael upped the ante when he returned in Season Four, kidnapping Teyla to use her unborn baby for his own evil scheme: creating a race of hybrids who follow him, and eliminating his own need to feed. 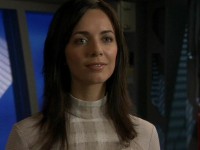 Engineered by Rodney McKay using the original Ancient technology that created the Replicators, Fran — a “Friendly Replicator Android” — was made to destroy her own kind. She was able to attract all Replicator nanites to herself, creating a massive ball that destroyed the enemy’s homeworld.

From: “Be All My Sins Remember’d” 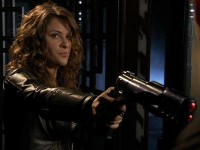 When John Sheppard met the Replicators we finally learned where Ronon had acquired his theretofore unique weapon. The weapons carried by Travelers shoot rapid energy pulses, and can be set to stun or kill. 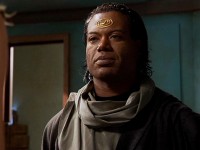 With Ronon in need of some advice on how to deal with his Earth evaluation, Colonel Carter summons her old Jaffa friend. Though Ronon initially rebuffs him, the two must team up to defeat a Wraith attack on the Midway Space Station and directly on Earth itself. 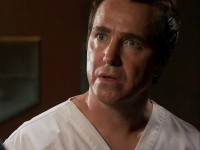 After he was killed off in Season Three fans were shocked to see Carson Beckett return in the flesh, as actor Paul McGillion returned to the show as a guest star. Michael had made his own Carson clone, and the good doctor’s friends were quick to treat him like their own friend back from the dead. 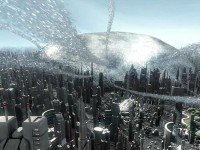 Be All My Sins Remember’d

The epic pay-off of the previous year and a half, this incredible hour brought Atlantis, the Wraith, and the Travelers together to attack the Replicator homeworld directly. To stop their common enemy from destroying the galaxy Dr. McKay created Fran, a “friendly” Replicator who would be used against her own kind.

Next month’s Stargate Rewatch is SGA Season Five! Join us as we revisit all 17 seasons of Stargate history from the beginning — one season each month, through the end of 2012.

Stay tuned to find out how to nominate your favorite episodes and character moments for the October awards.