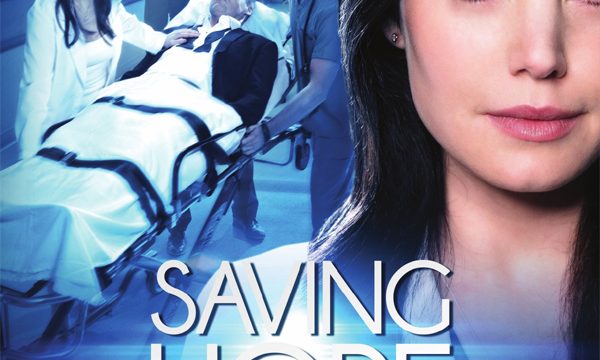 NBC has changed its plans to broadcast the rest of Saving Hope‘s freshman season, according to The Futon Critic. The final two episodes were set to air September 8 and 15.

The series stars Stargate SG-1‘s Michael Shanks and Smallville‘s Erica Durance.  It premiered to 3.2 million viewers in June and peaked just shy of 4 million in week 2, before dropping to a season low of 2.2 million in week 5.

Over 11 episodes on NBC, Saving Hope averaged an even 3 million viewers per week.

The U.S. broadcaster may opt to make the unaired episodes — titled “Ride Hard or Go Home” and “Pink Clouds” — available to viewers online. The first 11 episodes are currently on Hulu.

In its place NBC has scheduled America’s Got Talent for this Saturday, followed by two episodes of Law & Order: SVU.

Saving Hope continues to air on CTV in Canada, which has renewed it for a second season. There’s no word yet on whether NBC will be bringing the show back next summer.

Fans in the U.S. who haven’t checked out Saving Hope yet can find the first episode as a free download currently on iTunes.

UPDATE: NBC has indeed posted the first of two unaired episodes (episodes 12 and 13) on NBC.com and Hulu. U.S. viewers should be aware that these are usually removed after a few weeks. Enjoy!

I don’t watch Saving Hope, but it kills me when a show with a decent following gets axed to make room for crappy reality shows.

I pissed and moaned and lamented on this idiocy on my Twitter account, facebook account, and even posted an entry on my blog about it. It has over 40 views since I posted it an hour ago. Such an annoyance, but I’m not shocked with NBC, they know how to upset viewers.

I am very disappointed that NBC decided against airing the remaining 2 episodes. I like this show a lot more than I expected and was looking forward to a 2nd season. I hope the 2nd season planned for Canada will be available online so that we American viewers can watch and enjoy.

Maybe they can get rid of the JJ Abrams inspired lensflares for the second season run? I tuned in for like 1 minute and moved on because the stupid lensflares were annoying and appears for no reason in a scene.

Yeah I’ve been really getting into it, but luckily NBC’s call doesn’t cancel the show.

The networks are only interested in making a quick buck nowdays, there care not one bit about viewer loyalty or any notion of completion to a show. Plenty of good sci-fi and other shows canned after 1 or 2 seasons lately.
Terra Nova, V, The Event, SGU. Don’t know why they just don’t make shows a single season start to finish.

The new episode is already up for viewing on the NBC site so I am sure we will at least get the final one too as it says ALL will be available: http://www.nbc.com/saving-hope/video/ride-hard-or-go-home/1415856/

AND YES< the last one also available… http://www.nbc.com/saving-hope/video/the-sleeper-awakes/1415799/
Now we just have to hope for next season or dvd.

Sorry that is only a mini– but obviously we’ll get the final.

Pink Clouds episode is not on NBC.com . I checked 50x, I don’t have a Hulu plus account… so, unless NBC puts it up, and they don’t give us back the show here in the usa, , well that really sucks.. NBC…. nevermind…