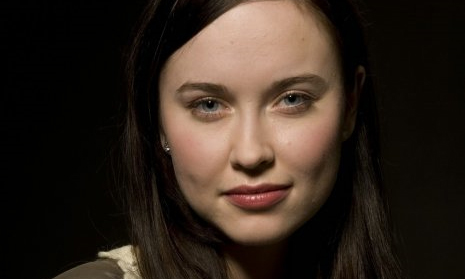 The 28-year-old actress has been in a recurring role on The Originals, the new vampire drama from The CW. TV Line reports that she’ll play a witch named Genevieve.

“The seductive and deceptive Genevieve returns to New Orleans with a mysterious agenda and some unfinished business with Rebekah and Marcel,” the said said. “Could it have something to do with the secret the former lovebirds share, as teased in Tuesday’s fall finale?”

Her first episode will be the show’s thirteenth installment, airing in February. The Originals returns after the holiday break, on January 14.

The series — a spin-off of The Vampire Diaries — airs Tuesday nights on The CW.

Elyse played Chloe Armstrong for SGU‘s two seasons. Since then she has also appeared in a recurring role on the new Hallmark Channel drama Cedar Cove.