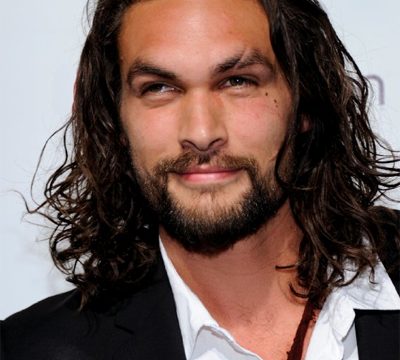 The first trailer for Marvel’s Guardians of the Galaxy is out, featuring an ensemble cast including Chris Pratt, Zoe Saldana, Dave Bautista, and the voices of Vin Diesel and Bradley Cooper.

He auditioned for the hulking alien warrior Drax the Destroyer, a role that went to WWE’s Bautista.

“I think it’s perfectly cast,” Momoa said. “Dave is perfect for that role, for Drax. It didn’t really fit in my time because I’ve done so many things where I don’t say much and I’m colored up and I have my shirt off again. I made a conscious choice to turn down some movies that were action-based to direct Road to Paloma so people could see that side.”

Momoa also indicated that he is leaning away from more roles that show him as the strong and overpowering warrior. 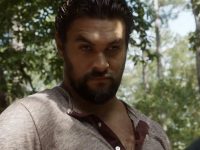 “I want my children to see their father happy,” he said. “It’s not that it’s not a good role, it just wasn’t the right thing. I was on Stargate Atlantis for four years playing a similar character called Ronon, who was an alien who didn’t say much and grunted. I’ve been there and done that, whether people have seen it or not. You want to stretch.”

Read more about Momoa’s audition at Zap2It, and take a look at the trailer for what looks like a very fun sci-fi comic book movie, in theaters August 1.

UPDATE: IGN has also posted their own interview with Momoa, about The Red Road, including some great photos from the series. Check it out!

Rocket raccoon is the best marvel character of all time. Sorry Jason Momoa you will have to be the important 2nd fiddle sidekick to him… like robin to batman…

Also yes this is what I want on TV for TV sci-fi. why is Guardians of the Galaxy also not a TV show too?