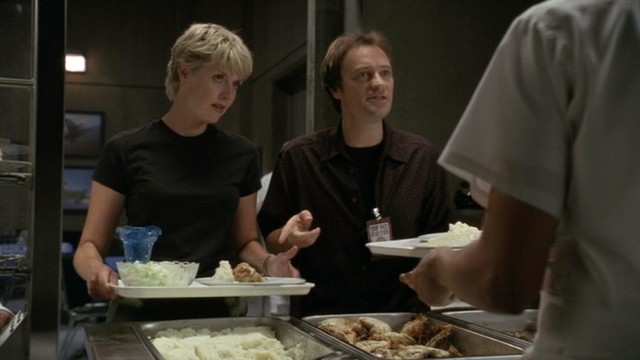 After an accident with the Stargate traps Teal’c in transit, SG-1 must turn to Russia — and to their enemies — for help before time runs out.

Rewatch “48 Hours” this week! Then post your comments below, or head over to the “48 Hours” discussion thread and see what people were saying back in the day. What are your favorite moments?

How young and skinny is David Hewlett.
Loved that snarky Dr. McKay, just the pain in Carters face when ever he talks.
Too fun.

McKay’s first appearance, when he was simply an idiot. It makes you so thankful that they decided to recast him for Atlantis, so this man here would redeem himself and eventually become one of the coolest characters in television history. :D

On a side note, bullet 2 needs to be revised. I think some content was accidentally backspaced or something.

Scratch that; I meant bullet three.

It’s one of the best 48hrs has lots of fun parts.

The only thing that really stood out to me was how different McKay looked in this episode compared to when he was cast in Atlantis. Lol. Other then that, I didn’t feel that this episode was all that exciting.

Loved the scene when Jack Meets Harry.
*can’t say the previous because of swears and hate censoring*
Maybourne: There are people watching
O’Neill: I don’t care.