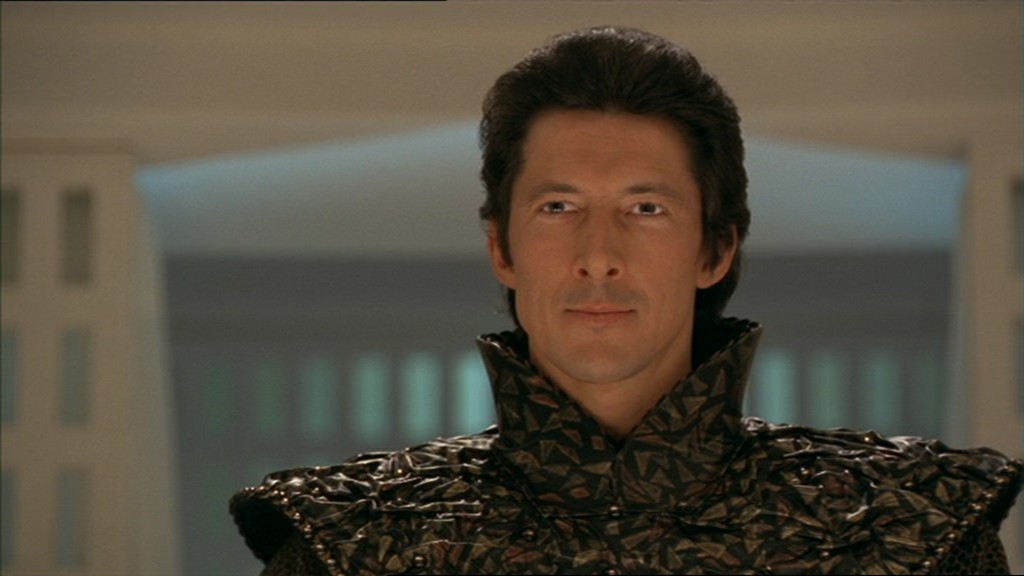 A young and treacherous Goa'uld, Tanith murdered Teal'c's lover and attempted to infiltrate the Tok'ra as a spy. What Tanith did not know was that the Tok'ra were aware of his duplicity, and used him to funnel false information to the Goa'uld.

While still incubating within the Jaffa priestess Shau'nac, Tanith communicated with her and convinced her that he wished to turn against his Goa'uld heritage and join the Tok'ra. But after coming to maturity and taking a naive volunteer named Hebron (whose people were decimated by the Goa'uld) as his host, Tanith killed her.

He lived among the Tok'ra as a spy for Apophis, and entered the service of Anubis after escaping a Tok'ra prison cell (and a death sentence). Tanith was soft-spoken and self-controlled, and took great pleasure in cooly taunting his enemies -- especially Teal'c, who he associated with Shau'nac as a traitor to the Goa'uld. But eventually, Teal'c realized his long goal of revenge: he is presumed dead after Teal'c shot down an Al'kesh that Tanith was piloting (with a direct hit to the cockpit). It had been less than two years since he took his first host.

Crossroads - Tanith betrays and murders Shau'nac, the Jaffa who incubated him, and joins the Tok'ra as a spy for Apophis -- though they are aware of it, and plan to use him to relay false information to the Goa'uld.
Exodus - The Tok'ra confront Tanith about his duplicity, but he escapes them and delivers Teal'c to Apophis.
Between Two Fires - With Apophis dead, Tanith reveals that he has joined forces with a mysterious and powerful Goa'uld -- and leads the battle that results in the apparent annihilation of the Tollan.
48 Hours - Teal'c wins his revenge against Tanith, apparently killing him by shooting down his ship before escaping through the Stargate.