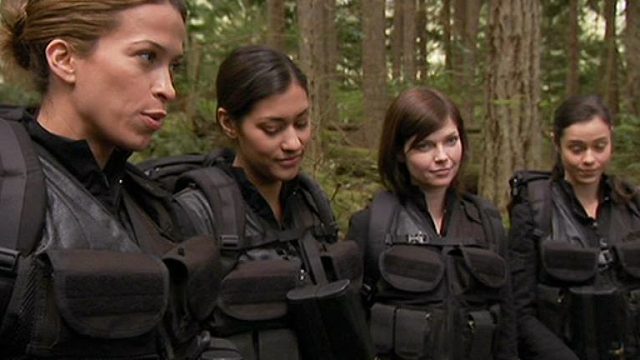 In honor of Syfy’s pick-up of Joseph Mallozzi and Paul Mullie’s new series Dark Matter, this week we’re rewatching one of their final Stargate Atlantis episodes!

Rewatch “Whispers” this week! Then post your comments below, or head over to the episode discussion forum and see what people were saying back in the day. What are your favorite moments?

I just love a Carson episode, still a good exercise in suspense.

I remember being very excited for Alicia Vega and then being very disappointed with this episode.

If there wasn’t so much fore-knowledge who know how I would have felt. Overall, I think I got the feeling that this was a “cheap” horror one-off.

This was one of those “fun” episodes. A bit spooky but fun. I really enjoyed the carson aspects with his liking the one scientist and the other woman making comments about it.