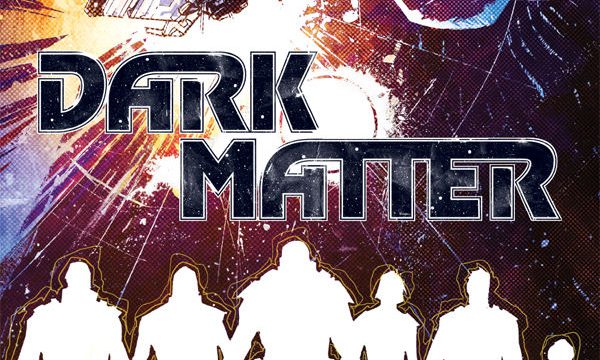 A brand new, space-based science fiction series is coming to Syfy Channel next year: Dark Matter has been picked up for a 13-episode season, to debut in 2015.

Dark Matter tells the story of the crew of a derelict spaceship, awakened from stasis with no memories of who they are or how they got on board. “Facing threats at every turn, they have to work together to survive a voyage charged with vengeance, betrayal and hidden secrets.”

The series is based on Mallozzi and Mullie’s graphic novel Dark Matter, published by Dark Horse Comics in 2012. The idea was originally conceived for television and the writers have been using the 4-issue comic series to help shop the concept for the small screen.

“Dark Matter is a refreshing and entertaining space opera that blends an intriguing premise with fast-paced suspense,” Chris Regina, Syfy’s Senior VP of Programming, said. “It will be a terrific addition to our prime time schedule next year.” 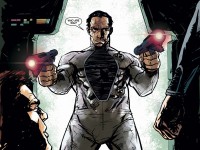 Mallozzi told GateWorld that the first two episodes of the series will cover the events of the graphic novel. “Production considerations (i.e. the fact that we’ll be shooting in Toronto in the dead of winter) will make episode 2 somewhat different,” he said — “however the main story and revelations remain the same. Though fear not! Episodes 3 through 13 are going to offer a varied assortment of twists, turns, surprises, and shocking revelations culminating in one hell of a season finale.”

Casting for Dark Matter is currently underway in Toronto, Vancouver, and Los Angeles. Stick with GateWorld and our sister site, SciFi Stream, for much more on Dark Matter in the months ahead! In the meantime, head over to Joseph Mallozzi’s blog.

(Thanks to Rose for the tip!) 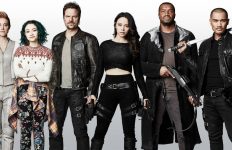 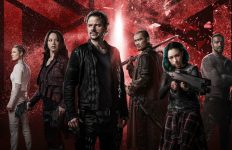 Hmm, SGU ended with almost everyone in Stasis. Maybe they wake up with no memories?

I meant ‘StarLost’ where they found themselves on ‘The Ark’.

I really enjoyed “Dark Matter” was hoping for more issues, so I’m excited that it is being turned into a TV series. I think it has a lot of potential.

If the Dark Matter crew happens to see the Destiny, OPEN FIRE!!!

Lol.
They should purposely hire back the actors from sgu and call them different names to slip it by syfy.

[…] Showrunners Joseph Mallozzi and Paul Mullie are veterans of the Stargate television franchise. Dark Matter started life as a television concept before it became a four-issue limited series in 2012, with intent to shop the Dark Matter concept […]

want to see the end game for SGU Can the crew of dark matter ask he destiny to send word???

Looking forward to it. Wish SGU was also returning!