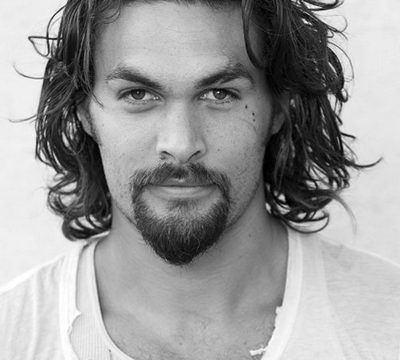 Actor Jason Momoa has been playing coy about the rumors for months, but this morning Warner Bros. confirmed that the former Stargate Atlantis co-star is its new Aquaman — and will get his own standalone move.

It’s part of Warner’s ambitious slate of DC Comics superhero films, mapped out over the next six years and announced at a shareholders meeting today. The studio will release two big DC tent-pole movies each year.

Momoa has been rumored to be putting in an appearance in the forthcoming Batman v Superman: Dawn Of Justice (directed by Man of Steel‘s Zack Snyder). That news now sounds very likely true, as Warner announced that he will headline an Aquaman film in 2018.

Batman v Superman will be in theaters in 2016, followed by a Suicide Squad film the same year. Gal Gadot (who co-stars in Batman v Superman, alongside Henry Cavill and Ben Affleck) will get a standalone Wonder Woman movie in 2017, and that year we’ll also see Justice League.

2018 brings Momoa’s Aquaman and The Flash (starring Ezra Miller). In 2019 it’s Shazam, starring Dwayne “The Rock” Johnson as Black Adam, followed by Justice League 2 (to be directed by Snyder). 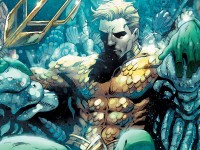 In 2020 Warner Bros. is forecasting a standalone film for League member Cyborg, to be played by newcomer Ray Fisher, and a reboot of Green Lantern.

Batman and Superman will also get additional standalone movies in there somewhere.

Warner is also planning three more Lego movies, and a trilogy of Harry Potter spin-offs based on the J.K. Rowling series Fantastic Beasts and Where to Find Them. Read the full report at The Wall Street Journal.

Since his Atlantis days Momoa has gone on to play Khal Drogo on HBO’s Game of Thrones, Conan the Barbarian in his first feature film leading role, and opposite Sly Stallone in Bullet to the Head. He also stars in David Hewlett’s upcoming indie film Debug, and can be seen the Sundance Channel drama The Red Road and the upcoming monster movie Wolves (opens November 14).

Keep it locked on GateWorld for more on Jason Momoa’s Aquaman!

Big time success! But I’ll always think of him as Ronon.

Now that will be fun, did a great acting as Ronon and great as G.o.T,MOST See this one.

Congrats! Very excited and, now more than ever before, I gotta see Game of Thrones :)

I did like Ronon in Atlantis but I’ll be skipping this movie. Aquaman is the lamest super hero ever.

Lol ikr is he that desperate for work :/

This is a great opportunity. I don’t get why people dislike Aquaman or just see this as Jason being desperate.

This movie is tied into Batman vs. Superman, Justice League, the entire DC Cinematic Universe. This is a HUGE production with some very talented and connected people involved.

I’m very proud of Jason and I also thought the writers of SGA did him a disservice.

I think he made the right call, but we won’t know until we see the movie it isn’t even in production yet.

Well just like the aquaman TV series this will flop. Plus Ben affleck as batman is the single worst choice they could have made for that movie. Further distancing fans of the franchise before this movie is released. Meaning the only way it will be successful , will be to include bit parts for actors from other tv/film in the franchise. My gf can’t wait to see if he’ll have blond hair lol