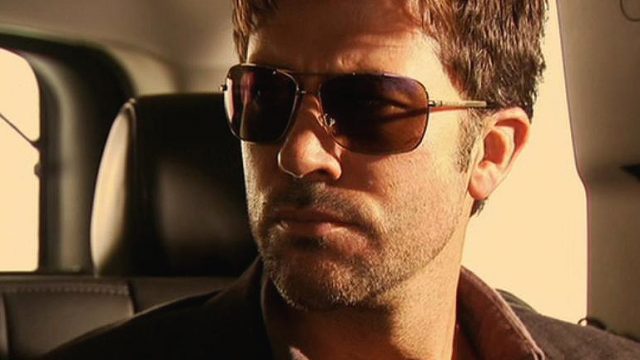 In the city of Las Vegas, Detective John Sheppard must solve the case on a long string of unusual murders — perpetrated by a Wraith in hiding.

Rewatch “Vegas” this week! Then post your comments below, or head over to the episode discussion forum and see what people were saying back in the day. What are your favorite moments?

This was the worst episode of SGA! The story was just terrible! A Wraith on Earth in Vegas playing poker!! What were the writers thinking!?! Also, the fact that this was the lead-in to the series finale was just terrible!! The producers of Atlantis should have played out a two part epic finale for the series! The final episode itself was awesome, no complaints about that, but the story was rushed because it all had to fit into a final one episode. It should have spread over two episodes with more shots of Atlantis itself battling in space because was… Read more »

Best episode of the franchise in my opinion. I cried for quite a while after watching it. I wouldn’t have minded it being in and earlier spot in the season (the ending did lead to the finale) and getting rid of that horrible Brainstorm and useless Identity episodes. But this was just a brilliant, brilliant piece of work, the acting (finally Joe gets a chance to shine) the mood, the cinematography and incredible music all combined to make it my personal favorite. Wish it would have been a spin off series of its’ own. Of course, alt!Sheppard would have lived.… Read more »

This was a great episode, a very nice change-up to the “status quo”. However, when I’m doing a re-watch I usually get annoyed when I watch this episode. I would have much preferred a two part finale to this, or at least some other episode of the season to have been cut.

Personally, the only Atlantis episodes I hated were the ones with Lucius in them…

I agree they should have made EaTG a two-parter. Eliminating an episode like Brainstorm would have been preferable by me as Vegas is my favorite.

In my fantasy, “Vegas” would have been the series finale of SGA. Besides all the blown minds, imagine the fan outrage of ending the series in an alternate reality! It would be like ending Enterprise in a holodeck simulation. ;)

Paul_Boland I agree with every word, this episode was definitely the worst of the series.

I remember when this episode came out, it was definitely a “love it or hate it” kind of ep. So things haven’t changed.

its not uncommon to have a finale as 1 episode look at sg-1 and that was after 10 seasons, sure they got a movie but at the time atlantis was also hoping for a movie, i really liked vegas and brainstorm and even identity i actually had a hard time finding a single episode to cut to make it a double.

Well, it’s a rip on the CSI, but still fun. Like the use of the actors in other roles. Must have been fun for the actors, just a little mix up for them.

This episode didn’t really excite me much at all. It was kinda blah. A wraith in Vegas….how quaint. LOL