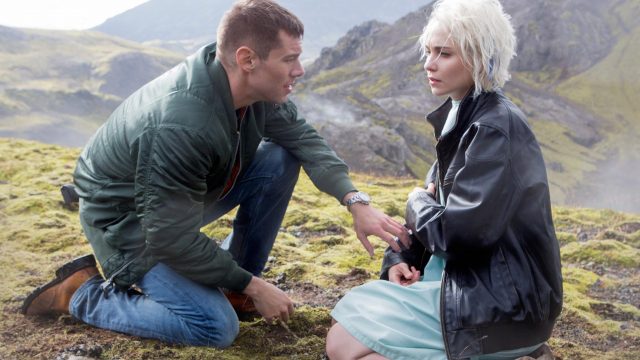 The sensates are coming back in 2016.

The cast announced via Twitter on Saturday (on 8/8, the characters’ shared birthdate) that Netflix has renewed Sense8 for a second season.

The show co-stars Stargate Universe actor Brian J. Smith (“Matthew Scott”) as Will Gorski, a Chicago police officer and one of eight people from all over the world who slowly discover that they are telepathically linked — experiencing one another’s feelings, actions, and (eventually) making use of their skills.

Netflix does not publicize its viewership numbers, but it was apparently high enough to warrant another run of episodes in the ambitious series, which shoots internationally with a large cast. Andy and Lana Wachowski (The Matrix) and J. Michael Straczynski (Babylon 5) are behind the show.

Renewal was evidently less certain than it was for Daredevil, another genre offering that powered strongly right out of the gate when it debuted on Netflix in March.

Have you watched Sense8? What do you think of the show?

(A version of this story originally appeared at SciFi Stream)

Because of such a large cast, the show took time to set things up and get running (about 5 episodes), but once it did, things really got moving and got crazy. A very interesting premise, not just your old sci-fi retread. I really enjoyed it and am glad they will be back for season 2.